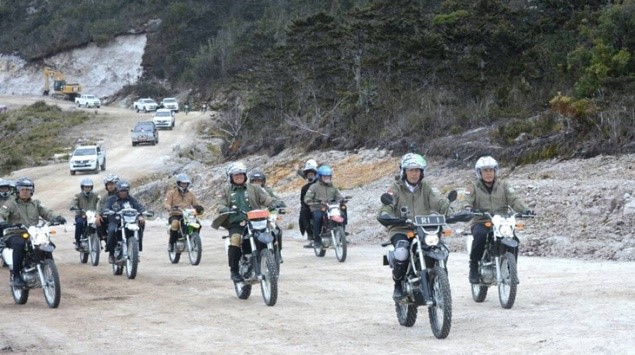 For a long time, Papua has been synonymous with backwardness and backwardness from other regions in Indonesia. Especially when there was no regional autonomy, Cendrawasih Earth only consisted of the majority of wilderness. The condition is exacerbated by the absence of facilities that support community mobility,

Development in Papua began to appear since 2001 after the existence of special autonomy. During the reign of President Jokowi (since 2014), development in Papua was increasingly being pushed. This was done so that there would be no more news about poverty and hunger in Papua, and to improve the welfare of the community.

The government ensures that the Papua Special Autonomy Fund (Otsus) is extended through the Draft Law (RUU) on Amendments to Law Number 21 of 2001 concerning Special Autonomy (Otsus) for Papua Province.

The Minister of Economy estimates that the extension of the Papua Special Autonomy fund to 2041 and an increase in its amount will require a budget of IDR 234.6 trillion.

This amount is twice as large as the total Otsus fund for Papua in the last two decades, which is IDR 101.2 trillion. This calculation assumes that the General Allocation Fund (DAU) will increase to 3.02 percent per year based on the average development of the DAU ceiling for the last nine years.

The community also appreciates the attention of the Central Government which continues to pay attention to various aspects of development in Papua which are expected to be able to bring the region forward.

MH Said Abdullah, as Chairman of the DPR Budget Agency (Banggar), suggested that policy makers towards Papua must make Bung Karno’s spirit their spirit in formulating the Papuan development approach. Because, the spirit of the First President of the Republic of Indonesia is very relevant and in accordance with the needs of the people on Earth of Cenderawasih.

Ir Sukarno has made a firm effort to seize Papua from the Dutch grip. For this reason, Bung Karno’s determination must become the spirit and spirit of Papuan development today. Even Sukarno saw Papua as part of the Indonesian body.