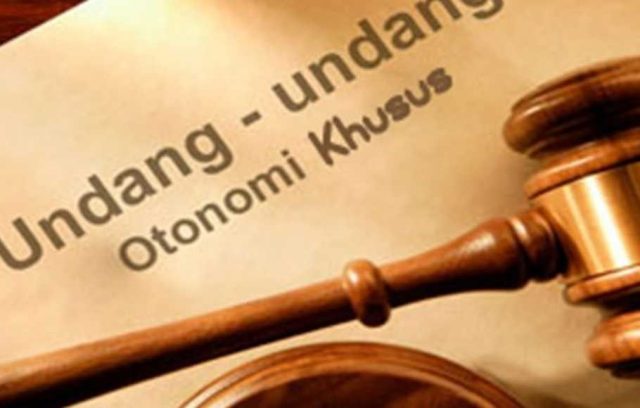 The government is considered to have given great attention to development in the Papua and West Papua regions. This can be seen from the amount of Special Autonomy (Otsus) funds for the two regions.

To optimize this attention, good communication and cooperation between the Central Government and Local Governments is needed. This is indicated by the desire of the Papua Provincial Government and the Papua Regional People’s Representative Council (DPRD) that they hope that the evaluation of special autonomy will not be carried out partially because it has no impact on society. A number of main aspects expected by regions in the regulation have not been realized.

First, the government will increase the Papua’s special autonomy fund, from the original 2 percent of the general allocation fund (DAU) to 2.25 percent.

Musaad said that the Papua Provincial Government hopes that there are five main frameworks in the Papua Special Autonomy Bill, namely the existence of authority, institutional structure, finance, policy and politics, law, and human rights (HAM).

He revealed that the Papua Provincial Government has provided these five main frameworks in the draft of the Special Autonomy Plus Law since 2014. However, until now, the draft regulation has not been included in the priority of the National Legislation Program at the DPR.

The chairman of the Special Autonomy Special Committee for the DPRD Papua, Thomas Sondegau, said that his party deeply regretted the attitude of the central government which only revised a few articles in the draft Special Autonomy Law. In fact, the people of Papua are waiting for changes with the revised regulation.

The existence of different views in responding to the revision of Otsus indicates that good communication has not been carried out between the Central Government and the Regional Government. Therefore, it is hoped that the two parties will jointly carry out the discussion along with the involvement of the Papuan community in order to create a good and long-term useful evaluation.