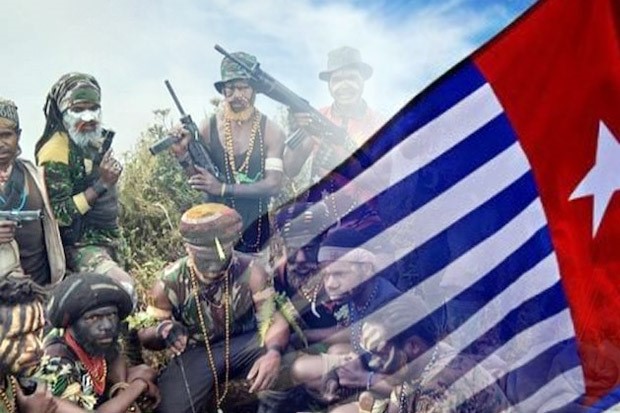 Pangdam XVII / Cenderawasih Maj. Gen. Ignatius Yogo Triyono emphasized that the Armed Saparatist Group (KSB) in Papua is known to be concentrated in underdeveloped areas and the economy is weak. One of them is in Intan Jaya Regency, Papua.

The Regency of Intan Jaya, said Yogo, is classified as vulnerable, because the KSB base has a strength of about 30-49 people plus about 15 mixed weapons from both the TNI-Polri and homemade weapons.

“In fact, the latest data from the Regional Police, they get weapons from contraband from outside.”

The operational areas that are often carried out by the KSB group, continued Yogo, are in the Sugapa, Intan Jaya, Gimba and other areas.

Yogo explained, until January 2021, the violence that was carried out by KSB had occurred a lot and made the community nervous. Even to the point of causing casualties from the community and the TNI-Polri.

As of January 2021, they have committed 46 incidents of security disturbances, 24 incidents of armed contact with TNI-Polri and two firing of weapons, burning of planes and carrying out ambushes and the victims are indeed the people and TNI / Polri. The actions taken by KSB lately, continued Yogo, were indeed very unsettling for the community and their parties. Especially to the point of causing victims from the community and the TNI.

Benny said that the presence of KSB in the area was partly due to the concerns experienced by the local community due to inadequate living facilities. The results of the photo shoot conducted by TGPF found various conditions of poor communication networks, the existence of broken bridges which became an obstacle to go to other areas, and the mismatch of large budgets disbursed by the Government with real conditions in the field.

In addition, another problem is regarding the development of human resources for education there. With a large enough budget, however, the field conditions there are just the opposite. Marinus Yaung, an academic at Cenderawasih University, said that the violence perpetrated by the Armed Separatist Group (KSB) in Papua has a background, they claim to have a reason to commit violence against residents.

He ensured that the violence that occurred in Papua so far was because they were invited by certain parties, or were feeling threatened. That is what then shapes the thoughts of others. That’s why when the state comes up with the right approach, this KSB who commits violence can be minimized and resolved properly.