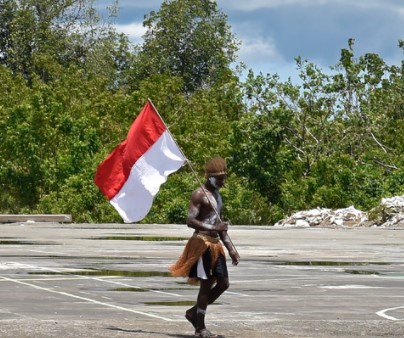 Papua has always been the biological child of Indonesia. Apart from being strengthened by the results of the popular opinion poll (Pepera), recognition from other countries also shows that Papua is forever an inseparable part of Indonesia.

According to the Executive Director of the Wahid Institute, Yenny Wahid, said that the tension in the easternmost province of Indonesia occurred because of human rights violations. This problem apparently triggered the disappointment of the Papuan people and took to the streets.

However, Papua is not a stepchild, but the biological child of the Republic of Indonesia at any time. This is proven by the number of policies aimed at accelerating both physical development and welfare in the land of Papua.

When he took office in October 2014, the President of the Republic of Indonesia, Joko Wdodo, has emphasized that one of the domestic policies is to develop and build infrastructure throughout Indonesia.

This has certainly become a deep commitment that we will not leave anyone behind, and we need to embrace people who have felt abandoned and unattended.

In addition, special attention to the quality of health in Tanah Papua has been proven by the reduction in stunting rates and the increase in life expectancy for the people of Papua and West Papua Provinces.

Regarding the Energy policy, the Government has also set the fuel price from Sabang – Merauke to be at the same figure.

Previously, the President of the Republic of Indonesia, Joko Widodo, had committed to creating peace and development of the Provinces of Papua and West Papua.

President Jokowi also asked for policies related to the special autonomy (autonomy) for Papua and West Papua to be consulted with all components of the local community.

This is necessary in order to find the best policy formulation, which in turn will make Papua and West Papua provinces more advanced and prosperous.

Asvi Warman Adam as a historian of the Indonesian Institute of Sciences (LIPI), with or without the allure of his natural wealth, Soekarno would still fight for Papua. This is because the area falls within the scope of national sovereignty.

There are various cultures stored on Earth of Cenderawasih, from dance, food to language. This means that Papua is very rich in ancestral heritage.

Various cultures exist in Papua such as the Bakar Batu party, the tradition of cutting fingers, delivering the dowry, the tradition of stepping on the plate (Mansorandak), to traditional musical instruments. Of course it is a reason for the government and society to protect Papua as part of the Republic of Indonesia.

Of course it is important so that the younger generation of Papua can study the history of Papua’s integration into the Republic of Indonesia properly from authentic reading sources, not from sources that cannot be scientifically and factually accountable.

This is certainly a big leap and proof that the central government still cares and gives its best efforts for Papua, starting from the revision of special autonomy, infrastructure development and human resource development. This is of course proof that Papua is the biological child of the Republic of Indonesia.