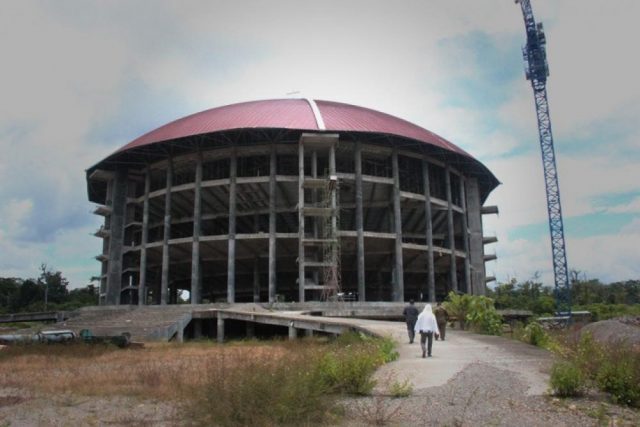 The Coordinating Minister for Political, Legal and Security Affairs (Menko Polhukam) Mahfud MD admitted that there was corruption committed by the elite in Papua against the Special Autonomy Fund (Otsus).

Therefore, in this Otsus extension, his party is currently looking for a formula for the best regulation so that the Special Autonomy Fund, which is planned to be increased starting this year, can be felt by the Papuan people as a whole.

For example, the alleged corruption in the construction project of the Kingmi Mile 32 Church, Mimika, Papua, which is being handled by the Corruption Eradication Commission (KPK). A number of local officials were questioned as witnesses.

In addition, there was a case of corruption in the project procurement project at Jalan Kemiri-Depapre, Jayapura Regency, Papua, where the convict was former head of the Papua Public Works Office, Mikael Kambuaya. He was found legally and convincingly guilty and sentenced to 5 years and 6 months in prison.

Conflicts will also arise in the extension of Otsus in the future, considering that the Otsus fund is planned to increase starting this year. It is ironic that Papua still blames the central government, feeling that there is no serious commitment to implementing the Special Autonomy Law.

Judging from the implementation of the Papua Special Autonomy so far, it is true that after 2002, the central government seemed to have let go and left the management of the special autonomy fund entirely to the Papuan government.

Although every year the Papua and West Papua APBD must receive approval from the Ministry of Home Affairs, what happens is only a formality, without effective supervision of the use of finance.

There is no monitoring and evaluation or a good audit of the compliance of Otsus financial management. The Papua Special Autonomy Monitoring Team formed by the DPR also did not work effectively, only a ceremonial trip to Papua without follow-up.

The Ministry of Home Affairs also needs to be more effective in overseeing the implementation of Otsus. The central government must also guide the autonomy regions with more effective regulations at the central and regional levels so that the special autonomy funds in the remaining time can actually overcome the lags in Papua.

Under these conditions, the Central Government should have strictly supervised the management of the Special Autonomy Fund which was raised starting this year. With good supervision and management, these funds can be useful for improving the welfare of the Papuan people.