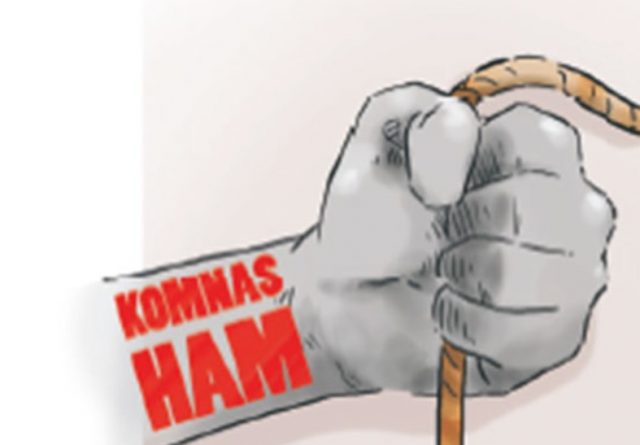 Papua is a quite vulnerable area, because it is often teased by separatists. They use the issue of racial and human rights to attract public attention. The foundation of human rights on Earth of Paradise and law enforcement is getting better, and no civilians will be harmed.

Peace in Papua is disrupted by the problem of damaging human rights there. It turns out that the fake news was deliberately blown by OPM and its henchmen, so that people outside Bumi Cendrawasih sympathize with them. When not there is that the name of the HAM flyer there, because the apparatus and law enforcers carry out their duties properly.

Filep Wamafma, Chairperson of the Special Committee for Papua DPD RI stated that if you attack human rights in Cendrawasih Earth, both now and in the past, it is obligatory. You do this by working with Komnas HAM, so that neither party is harmed. He also asked that Komnas HAM Papua be established. So that later if someone feels that their human rights are taken away, they can complain quickly.

So far, the issue of human rights conflicts that has risen to the public is still gray, because there are 2 parties who insist on fighting over what is right and what is wrong. For example, when there is news about human rights because civilians have been shot and have lost their lives. The public is monitoring not to get emotional first, but to find out the truth.

After being investigated, it turned out that they were shot by an armed criminal group and had the heart to turn civilians into “life shields”. But what happened was that they spread provocation that the people who were shot were victims of the authorities. So we shouldn’t be careless in reading the news, because it could be just hoaxes and propaganda from the OPM.

The OPM also accuses the authorities of arbitrarily detaining their members, thereby violating human rights. When the when caught, they are properly protected and carefully consulted. In prison they also carry out activities together with other prisoners, and are not tortured every day. The public must be aware of this OPM provocation, because they always attack the Indonesian government.

The human rights in question are the contents of the prohibition of the right to associate and assemble. Even before the pandemic, this was never prohibited. It’s just that when people gather and take out liquor, they will be immediately reprimanded by the authorities for violating the law.

Likewise with the statements of some individuals who felt that their human rights were being harmed when they were prohibited from gathering during demonstrations. Expressing aspirations is okay, but now it is still a pandemic, so it is strictly prohibited. Moreover, before a demonstration, you have to get permission from the police, so that your activities are not dismissed because it is illegal.

There are also allegations of access to information that violate human rights in Papua. There was indeed a riot, an attack from the KKB, or a deliberate demonstration, the cell phone operator cooperated with the police. The goal is that the signal is temporarily turned off, so that they fail to communicate and coordinate. This is also legal and has been done several times in other areas.

We need to see human rights as something that is highly respected, but also not overly praised. The reason is because there are those who claim that their human rights have been violated, even though they are responsible for not obeying the rules. Do not let human rights reasons become the camouflage of arbitrary nature.

When there is news about human rights in Papua, people don’t get emotional just yet. But investigate the truth and see from 2 sides. It is impossible for the authorities to fire at civilians carelessly. In fact, OPM and KKB always play as victims and take advantage of the situation, so that they feel defended by the community.