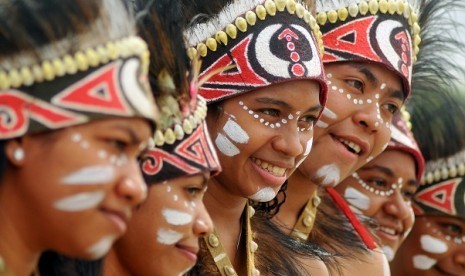 The application of the Special Autonomy Law (Otsus) for Papua and West Papua will end in 2021. Even though it has been running for 20 years, the results of the implementation of Otsus in Papua are deemed not running optimally.

Former Secretary General of the Cendrawasih Student Association, Jhon Rumbino said that the Papua Special Autonomy which has been running for almost 20 years needs to undergo an adjustment because in the context of the drafting of the Papua Special Autonomy Law 20 years ago it is different from current conditions. For example, there is currently the division of the West Papua region.

Jhon emphasized that Otsus Papua should have the spirit to open up space for the people in Papua to convey their aspirations. Then, get the right they deserve as in other regions.

According to Jhon, so far the implementation of Otsus is still far from expectations. For example, the education sector in Tanah Papua is not yet at its maximum level. According to him, if the central government wants a significant change, it can be started from attention to good teaching resources.

In addition, Jhon continued, Otsus could still be continued as long as it was under tight control by prioritizing budget transparency and the implementation of every article in the law was carried out properly.

“With good control reduce horizontal problems that arise. Papuan people should not be mere objects, but become subjects”

Meanwhile, the Founder of the NGO Papua Foundation, Baharudin Farawowan, explained that over the past 20 years the number of students with different schools availability. There is an increase up to 100 percent.

Baharudin said that the Special Autonomy Law has been good in spirit, and has also produced good results. However, that does not mean to continue the Otsus policy in the Land of Papua without criticism. The central government must pay attention to things that are different from before. On the social aspect, the attention of the central government must reach the Papuan people. Providing space for aspirations to the people of Papua, without giving unilateral stigma.

A number of statements above show how much support the younger generation and Papuan academics have for the revision of Otsus for the improvement of Papua. Therefore, it is hoped that the Special Autonomy Revision that is being carried out can hear the aspirations of the Papuan people, so that the increase in funds made by the Government can be right on target.