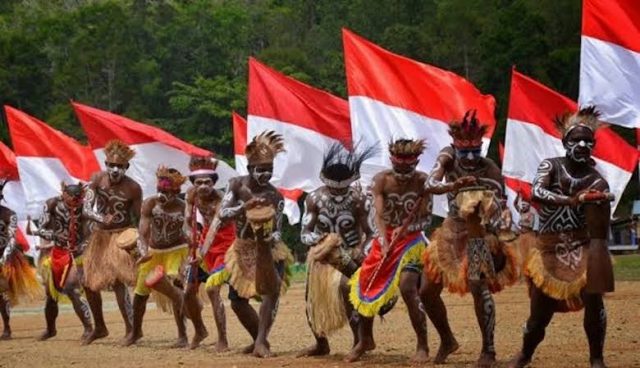 The Papua Special Autonomy Budget (Otsus) is a blessing for the province located in the easternmost region of Indonesia. Therefore, it is appropriate that officials who divert the budget must be prosecuted legally.

Pdt Albert Yoku as a Papuan community leader, asked the government to enforce the law in Papua, especially for officials who misused the mandate of the special autonomy fund. This was conveyed during the forum for Regional Heads in Tanah Tabi and Sairei Papua. The audience was attended by the Coordinating Minister for Political, Legal and Security Affairs, Mahfud MD, at the Sari Pan Pacific Hotel.

Dorince Mehue, a female figure who is also the Chairperson of the Evangelical Church Women’s Fellowship (PW GKI), asked the central government to evaluate the use and management of the special autonomy fund.

“Otsus is a blessing from God through the central government, but it has been abused by a number of people so that the impact does not reach the Papuan people”

The government must of course with the Papuan and West Papua People’s Assembly. Dorince admitted that he would still support the policies of the central government in the future.

On a different occasion, Deputy Chairperson of the Indonesian House of Representatives, Coordinating Political and Security Affairs (Korpolkam) M Azis Syamsudin, asked the government to pay attention to the findings of the Indonesian National Police (Polri) regarding allegations of irregularities in the Papua Special Autonomy (Otsus) fund.

Relevant to this, the Deputy Chairperson of the Papua DPRD, Yunus Wonda said, now Papuans are waiting for the disclosure of the alleged misappropriation of Special Autonomy funds or Otsus.

According to Jefrot Jumper, a student in Semarang, Indonesia is already independent and Papua is part of Indonesia. It should serve the Indonesian people.

The same thing was also said by another Papuan youth named Hendri Samudeadlay. He said this strongly supports the existence of special autonomy in Papua.

Apart from these two youths who are representatives of Papua, even other youth in the City of Salatiga and other cities in Central Java also support the special autonomy of Papua.

Various supports for the sustainability of Ostus and support for prosecution of the alleged misappropriation of Otsus funds show the awareness of the Papuan people regarding the importance of Papuan Otsus. This support is at the same time hopes for the Papuan Government to make improvements to the implementation of Otsus so that irregularities that harm the Papuan people do not occur.