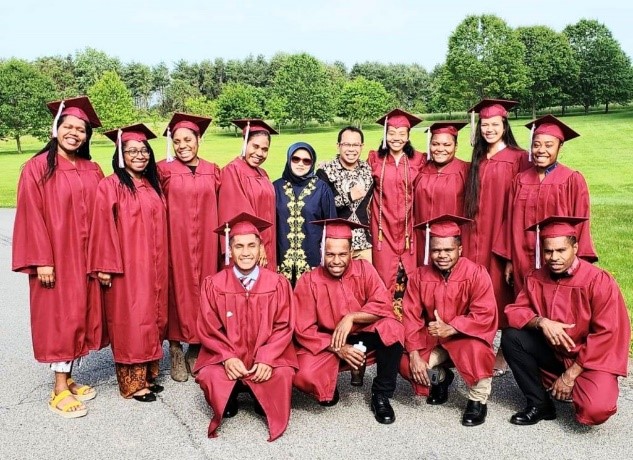 The Regent of Teluk Bintuni, Papua, Petrus Kasihiw said, for the sake of development, Papua’s Special Autonomy (Otsus) funds are still very much needed to encourage the acceleration of community development in the easternmost region of Indonesia.

The budget allocation for the use of the special autonomy funds, said Petrus Kasihiw, was regulated based on a special regional regulation (perdasus) at the provincial level.

Petrus Kasihiw said, thanks to the special autonomy funds, his party was able to send thousands of Papuan children to various study cities in Indonesia and abroad.

It was said that as many as 1,658 students from Teluk Bintuni were studying in 27 study cities in Indonesia, all of which were funded by the Papua Special Autonomy Fund. Each student receives Rp. 5 million per semester and Rp. 15 million in the last semester.

Relevant to Petrus Kasihiw’s opinion, Sentani’s traditional leader, Ondofolo Yanto Eluay, said that despite the issue of rejection of the New Autonomous Region (DOB) and the continuation of Special Autonomy for Papua, it continues to emerge in Papua, especially from the Papua Highlands, where various elements of society firmly reject the two programs. nationwide.

However, it turns out that there are also many figures from elements of the people of other indigenous territories who even support the Papua New Guinea and Special Autonomy.

Yanto Eluay is the son of Theys Hiyo Eluay, the legend of the Free Papua fighter at that time who later passed on to his Ondofoloan to his son, Yanto Eluay.

Ondo Yanto as he was called, emphatically said that his party asked DOB to continue, and Otsus was continued with the previous evaluation. Furthermore, he conveyed that the attitude of several elements of society who reject the Papua New Guinea and Special Autonomy cannot be generalized on behalf of the Papuan people.

The same thing was said by Ali Kabiay, a Papuan youth leader who is also the Chairperson of the Mandala Trikora Papua Province. Ali urged the government to audit the Special Autonomy fund which is rolling out in Papua, the trillions of rupiah.

His party also firmly asked the Indonesian Corruption Eradication Commission, the Attorney General’s Office, the National Police and the Police and Security and Security Police to go to Papua and conduct an audit.

Apart from that, Ali also rejected the construction of the 22-story Papua Governor building in Jayapura City. According to him, the plan to build the tallest building in Papua is very wasteful.