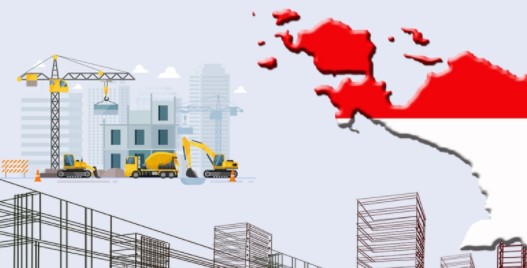 Special autonomy in the Papua region will end in 2021 and will be extended again. All the Papuan people support Special Autonomy volume 2 because it has proven to make the entire community there prosperous. Many children have received proper education and the Papuan people have been greatly helped by the infrastructure built by the government.

Otsus is a privilege given to the Papuan region so that they can regulate the area, and the officials are also indigenous there. The local government in Papua has received a flock of funds to build the land of paradise. Otsus, which will be extended for the next 20 years, is strongly supported by indigenous Papuans because it is profitable.

The areas whose residents are happy because they have received facilities from the special autonomy system are Demta District and Kamdera Village, Jayapura. They can access electricity all day long. There is PLTA Orya Genyem which is a source of electricity. The productivity of the residents increases because it is bright at night, it is safe to sell, and the children do their homework in peace.

Infrastructure has been built intensively in Papua since the special autonomy. The immigration office at the border was renovated to make it decent, clean, and no longer shabby like it used to be. Life in the Papua region is also getting more prosperous because the price of fuel has dropped dramatically to only 10,000 rupiah per liter, from the previous 100,000, since the 1-price BBM policy was implemented.

“The special autonomy system was very beneficial for Papua”

There are 4 priority programs, namely aspects of health, education, infrastructure, and community economic empowerment. The funds given have also increased, even in President Jokowi’s administration reaching trillions of rupiah (previously only billions).

Ferdinando continued that the special autonomy program should not only provide funding, but also grant authority. So that the Papuan regional government can maximize its use and the budget can be made into useful facilities for people on the land of paradise. Local officials know what the people need.

Not only for building buildings, special autonomy funds are also allocated to the education sector. The local government regulates 30% of the special autonomy budget so that school facilities and infrastructure are properly regulated. There is also equal distribution of facilities in schools throughout Papua. So, the children in this land of paradise are guaranteed a proper education, for their future.

Construction during the Special Autonomy period was not only limited to the physical building. Billy Mambrasar, President Joko Widodo’s special staff, said that special autonomy is the development of body and soul. So progress in the field of education is also important because it is an investment in human development. Special autonomy is a process towards progress in Papua so that there is equity.

No wonder many Papuans agree with special autonomy. Papuan students who have migrated to Java also support special autonomy, because it makes their area of ​​origin more advanced. Even Papua has been appointed as the region that will hold PON next year. This election is because the land of paradise is considered to have good infrastructure, which is the result of special autonomy.

Special Autonomy in Papua will be continued because this program has proven to make the region progress, both in infrastructure, education, and economic empowerment. People on earth of paradise can enjoy smooth roads and save travel time. Children are also guaranteed a proper education.