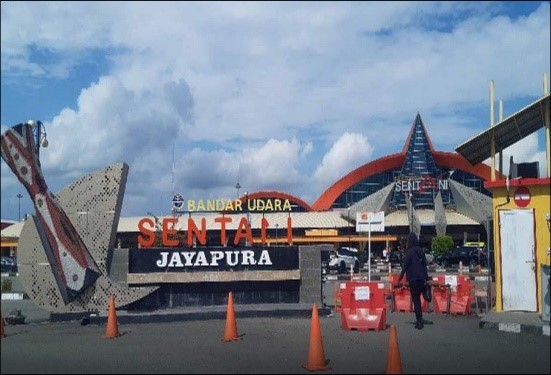 The Papua’s Special Autonomy Policy (Otsus) was chosen as a meeting point, namely the middle way to strengthen Papuan integration, as well as a bridge to pursue peace and build prosperity in the Land of Papua. This policy was first implemented in Law Number 21 of 2001, passed in Jakarta on November 21, 2001, by the 4th President Megawati Soekarnoputri. It cannot be denied that the reality during the New Order era, various policies in government administration and development were centralistic so that they could not fulfill a sense of justice, nor did people’s welfare materialize, as well as law enforcement and respect for Human Rights (HAM) in the Papua Province.

The presence of the Government for Papua

Since regional autonomy was implemented, the government through the special autonomy policy for Papua and West Papua Provinces can be stated that it has made great progress for the development of infrastructure and human resources throughout the Land of Papua.

The special autonomy policy related to the development of education and health infrastructure in Papua has progressed. The role of Indigenous Papuans (OAP) is certainly beneficial so that problems in Papua can be better understood in reality. On the other hand, we also see that the Joko Widodo (Jokowi) government has indeed prioritized infrastructure development, such as roads, electricity, clean water, logistics via air bridges. Besides, the responsive response of the Jokowi administration by implementing a one-price fuel oil (BBM) policy is a manifestation of the accelerated development that is currently taking place in Papua.

Since the granting of special autonomy, the government has also provided special autonomy funds for Papua. The Special Autonomy Fund has been disbursed by the central government in Jakarta since 2002, to develop the Papuan economy. It must be admitted that the result is that the Economic Conditions of Papua and West Papua Remain Strong in the Middle of a Pandemic, for example, the latest data from the National Statistics Agency and the Papua Stastic Center Agency, shows the economic growth of Papua and West Papua, that in the second quarter of 2020 Papua’s economic growth experienced a growth of 4.52 percent. Meanwhile, West Papua experienced economic growth of 0.53 percent.

Hope if the Special Autonomy for Papua is continued

Of course, even though the government has shown a real concern and presence from the central government to the condition of Papua. It is also hoped that the government will not rush to put forward the special autonomy for Papua. The government needs to listen to and absorb the aspirations of the people, in this framework, it is called managing feedback from the community, on the government’s wish to continue the

The government’s efforts to continue the Special Autonomy for Papua, it is appropriate for the author, that the government needs to evaluate future improvements. This improvement can be done by communicating with various elements of the political structure of Papua. The political superstructure from various levels at the regional executive-level needs to be invited to communicate, such as inviting open communication from the provincial government, to the district government regarding the implementation of policies, absorption of special autonomy funds, and also success in realizing prosperity from the community side through the local community directly as well as from informal figures in the community, this is known by absorbing aspirations from political infrastructure in addition to the regional political superstructure. This needs to be done so that the role of the government, the special autonomy fund, and the benefits of special autonomy as well as its future evaluation can be implemented properly in the process of making new policies for the government’s desire to continue the special autonomy of Papua which will run out in 2021.

Of course, this still has a long time to say is the right time for the government to conduct an evaluation. So that the policies that will come when implemented will have a positive impact on the economic side and the welfare of society. As feedback that leads to input, of course, there will be two forms, namely support and rejection, both of which must be heard and absorbed by the Government, because even rejection should not be considered taboo, but it is part of the response for corrective measures. Therefore, the authors emphasize that good output comes from how to manage good feedback and input, to get there, of course, socialization and communication is an effective mechanism for the government to evaluate and realize future policies to be better, right on target, supported by the community, and can realize hopes in the form of the welfare of the Papuan people.