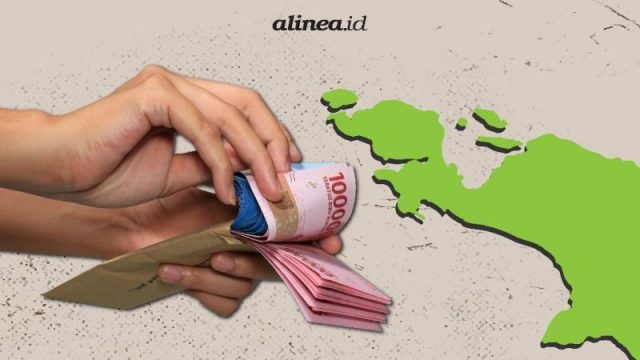 The Coordinating Minister for Political, Legal and Security Affairs Mahfud Md ensures that law enforcement regarding the alleged misuse of the special autonomy funds (autonomy) in Papua continues. Currently, he said, an investigation into the case is being carried out.

Mahfud did not elaborate on the extent of the investigation by law enforcement officials. Mahfud only added that the police, the Corruption Eradication Commission (KPK), and the Attorney General’s Office (Kejagung) have shared the task of investigating the alleged misuse of special autonomy funds in Papua.

Previously, Mahfud Md emphasized that he would follow up and have gathered the Attorney General’s Office, the KPK and the Police to immediately enforce the law in Papua. This was done after Mahfud received a report on the alleged misuse of the special autonomy funds from the Forum for Regional Heads in Tanah Tabi and Sairei (Forkada), Papua Province.

A similar sentiment was also expressed by the Police Intelligence and Security Agency (Baintelkam) at the 2021 Police Leadership Meeting (Rapim) in 2021 last February.

From the results of the investigation by the Supreme Audit Agency (BPK), there is waste and ineffectiveness in the use of the budget. In addition, there have been mark-ups or price increases in the procurement of a number of public facilities in the Papua region.

“Regarding law enforcement, the government always listens to the aspirations of the people and Papuan leaders regarding the prosecution of suspected corruption of the Special Autonomy Fund”

Regarding various other proposals, including the division of the province, the Coordinating Minister for Political, Legal and Security Affairs emphasized that he would follow up in two steps. First, the legislation process which will later be submitted to the team through the Ministry of Home Affairs.

The seriousness of the Government in conducting investigations into allegations of corruption in the Special Autonomy Fund indicates that the Government is siding with the welfare of the Papuan people. So far, the disbursement of special autonomy funds has been used by political elites who are not responsible for personal gain and ignore the purpose of the Special Autonomy Law.

The seriousness of the Government in conducting investigations needs to be accompanied by the formulation of a revision of the Special Autonomy Law which is able to prevent corrupt practices in the management of the Special Autonomy fund in the future. By involving the community and local government, it is hoped that qualified solutions will be found in creating a system for managing the special autonomy funds that is transparent and optimal.