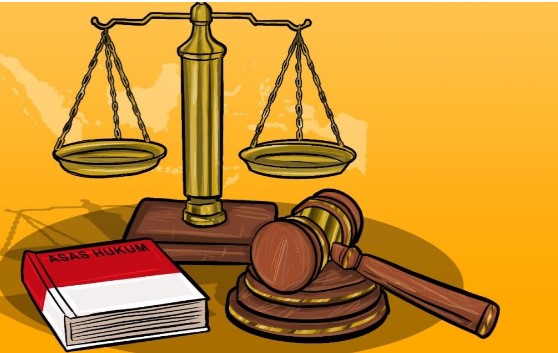 Some time ago, a call from the Federal Republic of West Papua (NFRPB) led by Forkorus Yaboisembut to raise the Morning Star on October 19 received a firm response from the Deputy Chairman I of the DPR Papua, Dr. Yunus Wonda, SH., MH.

He was of the opinion that it would not be right to invite the public to fly the Morning Star which would later confront the security forces.

He then asked the community not to carry out these activities because it would only cause new problems. Besides that, after the hoisting the next day it did not make Papua independent.

“There is a call to raise the Morning Star on October 19 as the birthday of the Federal Republic of West Papua (NFRPB) I think this is not good. I ask the people not to be provoked, not to be incited to fly the 19th. Because there is no guarantee after the 19th, the next day Papua. will be free”

This can be justified because what will happen is that Papuans will become victims, clash with the TNI-Polri and return to shed blood and tears.

The following are the rules that can serve as the basis for the raising of the Morning Star flag can be interpreted as treason and the perpetrator can be charged with criminal law.

Referring to Law 21 of 2001 on Special Autonomy for Papua, it is emphasized that Papua is part of the Republic of Indonesia. So the Papuan flag is the red and white flag. This is in Article 2 paragraph 1:

Article 2 paragraph 1, Papua Province as part of the Unitary State of the Republic of Indonesia uses Sang Merah Putih as the State Flag and Indonesia Raya as the National Anthem.

In paragraph 2, it is explained that Papua Province can have regional symbols as a banner of greatness and cultural symbols for the splendor of Papuan identity in the form of regional flags and regional songs that are not positioned as symbols of sovereignty. (2) The provisions concerning regional symbols as referred to in paragraph (2) shall be further regulated by a Perdasus with guidance

However, for regional symbols and cultural symbols of Papua in the form of a flag, it is permissible to fly them. It should be noted, the banner of greatness referred to is that of a regional culture only.

Article 1 (h.) The Regional Coat of Arms is a banner of greatness and a cultural symbol for the dignity of the Papuan people in the form of a regional flag and a regional song which is not positioned as a symbol of sovereignty.

However, this rule was later repealed during the reign of President Susilo Bambang Yudhoyono through Government Regulation No. 77/2007 concerning State Symbols. This is stated in Article 6 Paragraph 4.

Regarding the design of the logo and flag of this banned organization, it is explicitly described in the explanation of Article 6 Paragraph 4. The Morning Star flag and the mambruk logo are not the regional Jambang, but the symbol of the separatist movement in Papua Province. Here’s the explanation:

Referring to the provisions of the Criminal Code, raising the Morning Star flag can be charged under Article

In Article 104 of the Criminal Code, it reads: treason with the intention of killing, or seizing independence, or eliminating the ability of the President or the Vice President to rule, shall be punished by death or imprisonment for the rest of his life or imprisonment.

As a case in point, the leader of the Free Papua Organization (OPM) Filep Karma rallied in Jayapura with hundreds of Papuan students in 2004. He was arrested for raising the Morning Star flag which was the flag of the Papuan independence movement. He was convicted under Article 104 of the Criminal Code on treason.

Where in Article 104 of the Criminal Code it is stated that treason with the intention of killing, or seizing freedom, or negating the ability of the President or Vice President to govern, is punishable by death or life imprisonment or a maximum temporary imprisonment of twenty years.

Therefore, there is no guarantee that the President of the NFRPB will bear all the consequences if a community raises the Morning Star flag, as stated by the NFRPB Police Chief, Elias Ayakeding, Saturday, October 17, 2020. Because the raising of the Morning Star flag is clearly an act of treason. based on the applicable law.

So are we all still thinking about flying the Morning Star flag?