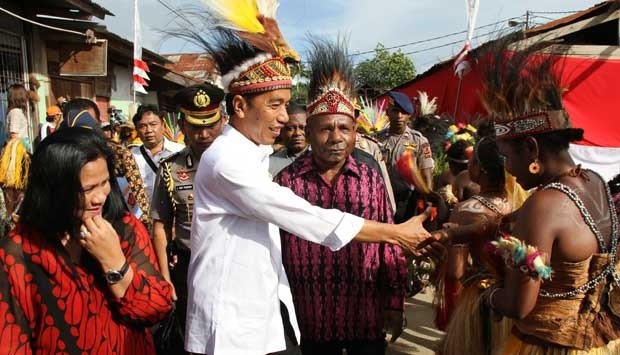 Based on Law Number 21 of 2001 concerning Special Autonomy (Otsus) for Papua Province, the Special Autonomy Fund will end this year. However, the government has made plans to revise it by increasing the budget.

Sri assessed that the Special Autonomy Law does not yet have many derivative bylaws. Therefore, the DPRP has to make a lot of Perdasus. The formulation of the Perdasus must see an urgent need on the ground, so that Otsus can immediately have a positive impact on the people at the grassroots level.

With these derivative regulations and so on, the mission of Otsus can be accelerated and the public can feel it more quickly. Sri emphasized that this is a shared task, but in particular this is the authority of figures and institutions in Papua, such as the MRT, DPRT, and the Governor.

“The amount of special autonomy funds provided by the government is a form of special attention from the government to the Papuan people. The funds are expected to be distributed to the community through synchronization of targeted programs according to community needs”

Meanwhile. Director General of Regional Autonomy of the Ministry of Home Affairs, Drs. Akmal Malik, M.Si said that talking about the implementation of a policy, specifically in this case is the Papua and West Papua Special Autonomy, according to him it must be based on an evaluation related to the performance of implementing a policy in the field.

Akmal said that a comparison must be made to the origin of the existence of such a policy. As it is known that Otsus Papua and West Papua came into existence through Law No.21 of 2001 with several perspectives. And the purpose of Otsus is to improve the standard of living of the Indigenous Papuans (OAP) and realize justice in terms of equity and accelerated development.

In addition, continued Akmal Malik, respecting the Basic Rights of Indigenous Papuans (OAP) and the application of good governance. For this reason, in order to implement the specificities given to the Papua and West Papua provincial governments, there are nine types of specificity that are most implicitly and explicitly mentioned in Law 35/2008 and 21/2001.

Among other things, Akmal Malik detailed, namely the formation of the Papuan People’s Assembly (MRP), the Special Autonomy Fund and additional infrastructure, the authority of the Governor, the Formation of Perdasi and Perdasus, recognizing the mechanisms for customary regulations and customary communities as well as customary rights.

These mechanisms are derivatives of the Special Autonomy Law, so it is jointly recognized that in order to strengthen the management of the Special Autonomy fund so that it is right on target, it is necessary to make derivatives that strengthen the governance of the Otsus fund itself. By doing so, it is hoped that the positive benefits of Otsus can actually be felt by the Papuan people equally.