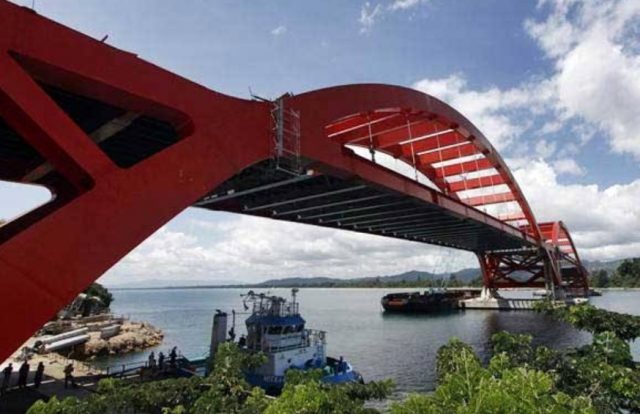 The Papuan people have responded positively to the plan to extend the Papua Special Autonomy fund. Until now, the special autonomy funds have been used to optimize various developments in Papua.

Previously, the President of the Republic of Indonesia, Joko Widodo (Jokowi), had set a special autonomy fund (autonomy) for the provinces of Papua and West Papua amounting to Rp. 7.8 trillion. The determination was contained in the draft 2021 state revenue and expenditure budget, which was previously Rp. 7.6 trillion.

In accordance with the mandate of the law, the allocation of the Special Autonomy Fund for the Provinces of Papua and West Papua is equivalent to 2 percent of the total National General Allocation Fund (DAU) ceiling and is valid for 20 years.

The Special Autonomy Fund is also directed to finance the development and maintenance of infrastructure, empowerment of the people’s economy, poverty alleviation, as well as education, social and health funding.

The chairman of the Jayapura City DPRD, Abisai Rollo, said that the Special Autonomy Fund has been helping indigenous Papuans to help develop Papua, especially from the budget side it continues to increase.

Abisai Suggested that in order to make it more optimal in terms of use, a special institution that manages funds should be created. If not, it is hoped that the regional government that receives the funds can actually use it according to its designation so that the benefits can truly be felt by the people of Papua.

Abisai explained that what has been good from the implementation of Otsus must be maintained. He hopes that the special autonomy funds can actually be directed to traditional villages, indigenous Papuans.

Papuans who wish to study both domestically and abroad can find it easy. Even if necessary, a special hospital is made with special autonomy funds so that residents no longer have to pay for medical treatment.

Meanwhile, the Chairperson of FOR Papua MPR RI and DPD RI Papua member, Yorrys Raweyai, added that the Special Autonomy funds received by Papua were the result of political struggle so that these funds had to be on target and provide benefits to indigenous Papuans.

He encouraged all parties, the golden generation of Papua, to equalize perceptions in order to make the best contribution to the land of Papua and also to the country.

Special Autonomy was achieved from an extraordinary political situation, in order to produce a win win solution, that the state is present and gives more attention to Papua, through special regulatory instruments and budget support with a focus on improving the quality of life, health, education, local-based economy, and infrastructure.

Meanwhile, the Ambassador and Senior Civil Service Officer of Papua Michael Manufandu, explained that the policy of special autonomy funds that continued in the Jokowi era, also indicated a real commitment and support from the central government to Papua. Moreover, from the budget side since the beginning, it has continued to increase.

Michael said, in terms of political decisions, the willingness to support Special Autonomy continues and continues to be increased. Even before becoming two provincial provinces in Papua, they also received a General Allocation Fund (DAU) and a Special Allocation Fund (DAK), as well as a deconcentration fund, which was distributed to each regional government. Staying at the regional government level really maximizes the use of funds.

With the authority of autonomy, Michael said that regions can manage various needs, affairs, policies in all sectors so that local communities can prosper. So, it should have been, if there were problems such as starvation or sickness, they should no longer be able to point to the center because these issues fall under the full authority of the regional government which has received various financial support.

“It is necessary to have an understanding, a common vision between the regional centers, so that the benefits of the Special Autonomy Fund are truly felt, especially for the education and health sectors”

On a different occasion, West Papua Governor Dominggus Mandacan stated that the special autonomy policy and program launched by the central government for the land of Papua was quite successful.

In the field of education, quite a number of Papuan sons and daughters study and study are funded through special autonomy funds, both domestically and abroad. Meanwhile, in the health sector, the special autonomy fund is beneficial for improving services both in cities and in remote and remote areas.

Of course this evidence of development becomes the basis for providing support for the second volume of Otsus which will be continued in 2022. West Papua still needs special autonomy policies to accelerate development in various sectors.