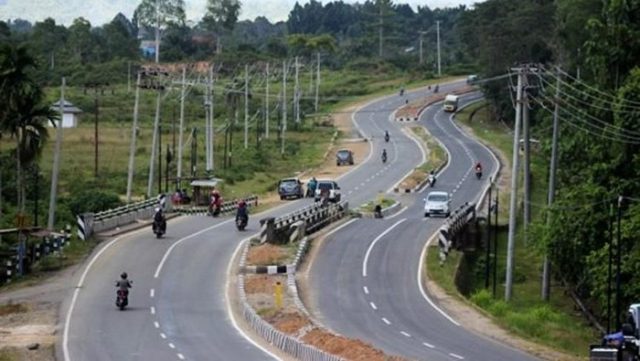 He said the central government had given Otsus to Papua and it had to be well received for progress. For 20 years Otsus has existed in Papua, for the advancement of education, health, infrastructure and the people’s economy for indigenous Papuans.

Infrastructure development and special autonomy (otsus) are priority programs of the government in Papua. The success of its implementation has made Earth of Cenderawasih even more successful. The community also feels many benefits and will certainly support the continuation of the development program and Special Autonomy Volume 2 in the context of realizing a more advanced and prosperous Papua.

Ali Kabiay said that if there are still people who shout to reject Otsus, it is usually done by individuals or groups who always shout for independence for Papua and that is impossible.

“The Papua Special Autonomy Policy is a meeting point to strengthen integration in the Papua region as well as to build the welfare of the people of Cenderawasih Earth.”

As stated by Billy Mambrasar as the Special Staff of President Joko Widodo, he said that 500 Papuan millennials have the view that Otsus is a process that needs continuous improvement to achieve the main goal, namely the welfare and progress of Papua. For example, in the use of the budget, it is necessary to improve because otsus is a process of building body and soul, so it needs a comprehensive distribution.

In addition, Billy also mentioned that the good things that have been obtained from the special autonomy system, such as in the education sector, which is an investment in human resources, need to be continuously supported and improved. He agreed that in order to get better, it is necessary to listen to the aspirations of AOP so that Otsus can run better.

During the 20 years of the implementation of Otsus Papua, development in Papua and West Papua Provinces has shown various progress, especially in the fields of economy and infrastructure, as well as human resources.

The presence of Otsus also makes it easier for regions to regulate policies for regional heads who are indigenous Papuans, cultural institutions such as the Papuan People’s Council and the DPR from the appointment mechanism.

Special Autonomy for Papua Volume 2 of course must continue by continuing to make improvements to the system, so that if there is a deficiency, of course it can be evaluated so that the existence of Otsus can be enjoyed by the people of Papua and West Papua more thoroughly.