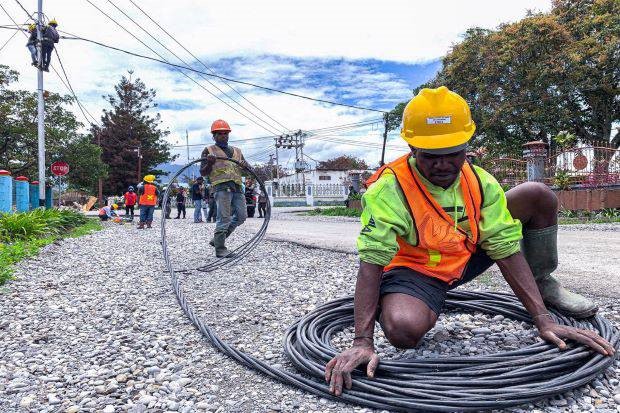 Special autonomy is a program that started in 2001. Otsus aims to improve the welfare of the Papuan people through the development of infrastructure, human resources and natural resources. So that the Papuan people feel the same facilities as in Java and there is no gap between West and East Indonesia.

Papua is a beautiful region, but it is still synonymous with backwardness. Indeed, the province of Papua (formerly Irian Jaya) only recently joined Indonesia, in 1969. It is being pursued for these 25 years of delay, so that there is a balance of progress between Papua and Java. To advance Papua, since 2001 a special autonomy program has been held. So, the local governments of Papua and West Papua receive billions of funds to develop their regions.

The special autonomy budget is considered for infrastructure such as the Trans Papua Road, Sentani International Airport, and so on. Steve L Mara, the head of Pemuda Lira stated that Otsus is a policy for the prosperity of Papua. In that sense, when the late Gus Dur was still the president of Indonesia in 2001, the government had already paid attention to Papua.

People’s welfare is built because the special autonomy funds are not only made to build infrastructure such as the Trans Papua Road and Youtefa Bridge, but also channeled into other fields such as health, education, and human resource development. With the special autonomy funds, there are scholarships for Papuan children, the construction of proper Puskesmas and hospitals, etc.

In addition, special autonomy funds are also given to Papuan sons who wish to become members of the TNI. They can get special autonomy scholarships and are given pocket money, as well as priority when selecting non-commissioned officers. So that they can realize their aspirations to become soldiers and protect Cendrawasih Earth from attacks by separatist groups.

Otsus is the antithesis of when the New Order was all centralized. In that sense, the special autonomy policy was able to evenly distribute the funds to remote areas such as Papua. The budget is intended for the welfare of the Papuan people.

If there is decentralization that goes hand in hand with otsus, then a rule is made that the governor, deputy governor, mayor and deputy mayor should be held by OAP (native Papuan). So that they can build their own region and are happy because they are given the trust to lead in the Cendrawasih Earth.

It is hoped that an indigenous Papuan leader will be more able to approach the people and know what their needs are. So that it will be able to build Papua and West Papua more quickly and smoothly.

The people will be happy because their leader understands them. In addition, indigenous Papuan leaders will be more respected because they are tribal brothers. He can understand how to understand the Papuan people from a psychological, sociological and ethnic perspective. So that he will understand how to advance Papua and motivate its people to keep going.