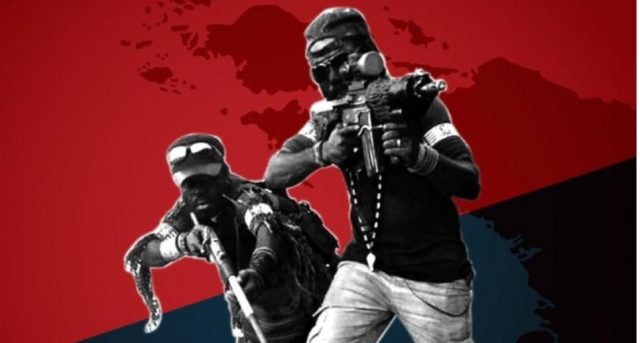 Papuan separatist groups have been officially categorized as a terror movement. The community supported this decision due to the fact that the group did not only have the heart to kill the TNI / Polri, but also the people were innocent.

The Papuan Armed Criminal Group (KKB) has been designated a terrorist group by the government. Professor of International Law at the University of Indonesia (UI), Hikmahanto Juwana, considered that the government’s stance was appropriate based on the terrorism law.

Hikmahanto also assessed that acts of violence and efforts to kill someone’s life committed by the KKB in Papua are classified as acts of terrorism.

He said, there were at least 3 categories of acts of violence committed by KKB in Papua. The first is the use of violence in the form of KKB. However, the violence used by this party did not aim to separate themselves from the Republic of Indonesia or carry the ideology of separatism.

Hikmahanto stated that the targets of these armed separatist groups were military or government installations, not civilians.

He also said that with the existence of the terrorist label, the TNI could play a greater role in accordance with the Terrorism Law. He also asked the TNI-Polri to act strictly according to the law so that the KKB would no longer create terror.

Hikmahanto also believes that the government’s decision to label the KKB as a terrorist can be understood by the international community. Because the label is only attached to the KKB, not the Papuan people in general.

Meanwhile, the Papua Police Chief Inspector General Pol Mathius D. Fakhiri revealed the facts of the attacks carried out by the Armed Criminal Group (KKB) on schools and health centers in Ilaga, Puncak Regency. The acts of terror were carried out by the KKB from Sunday 2 May to 3 May 2021.

“KKB deserves to be called a terror group for its behavior”

Mathius said the KKB attacked schools and puskesmas because they suspected the TNI-Polri headquarters were there. He also invited the community to fight against the KKB action. This is because the KKB involved sympathizers in the attack and destruction of public facilities.

As is well known, KKB carried out its action again by burning the elementary school building, puskesmas and the teacher’s official residence in Ilaga District, Puncak Regency. It turned out that the group also returned to spreading terror to the people in Papua. In fact, they are also openly targeting the Javanese ethnic group in Papua.

Regarding this, the National Police Public Relations Division Karopenmas, Brigadier General Pol Rusdi Hartono, said that the TNI-Polri are obliged to ensure the security of the Papuan people from the threat of terrorist groups. Rusdi said, the TNI-Polri in Papua always tried to create security and peace. His party has also anticipated all forms of threats.

Meanwhile, the labeling of terrorists to the KKB is certainly not an exaggeration, given that their movement is supported by weapons that they can use in their interests.

Director of Law Enforcement of the National Counterterrorism Agency (BNPT), Brigadier General Eddy Hartono, revealed that the terrorist label for armed groups in Papua is given to narrow the space for movement and funding. According to Eddy, this has been regulated in Law Number 5 of 2018 concerning Eradication of Criminal Acts of Terrorism. Through this Law, the government can certainly take strategic steps to prevent acts of terror.

So, the opportunities that have so far been untouched by the KKB are hoped that under the framework of Law Number 5/2018, this will narrow down the movement. He said that so far the government’s efforts to prevent the KKB action in Papua were limited. The government can only deal with KKB actions through special criminal trials.

Through these 3 powers, the government can of course block access to funding for a terror group. Eddy believes that the Free Papua organization has received funding to carry out activities.