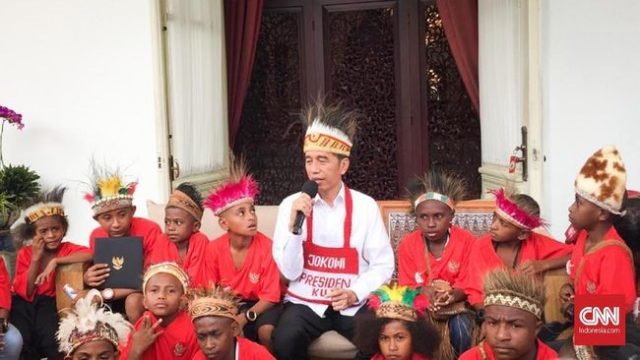 The government’s move to increase the Papua special autonomy (autonomy) fund is considered insufficient. This needs to be coupled with providing literacy to the people of Cenderawasih Earth.

Member of Commission I DPR RI, Bobby Adhityo Rizaldi said that literacy that needs to be improved is either economic or digital literacy. Bobby assessed that land in Papua actually provides prosperity for the local community. The government has also tried to intensify development.

The Golkar politician made an analogy of water sources from taps. However, people cannot enjoy abundant water because they do not know how to turn the tap. With literacy, people are trained to find prosperity because this is a very rich land.

“Development in Papua must also prioritize a bottom up system, namely absorbing the aspirations of the community as a reference for implementing government programs”

The government has disbursed more than IDR 1,000 trillion for the development of Papua. The budget has been disbursed since Law Number 21 of 2001 concerning Special Autonomy for Papua Province was enacted until April 2021.

Meanwhile, according to Deputy V for Political, Legal, Defense, Security and Human Rights (HAM) Presidential Staff Office (KSP), Jaleswari Pramodhawardani said that the Government had transferred at least IDR 1,092 trillion. Jaleswari detailed that the funds consist of special autonomy funds, including additional infrastructure funds amounting to Rp138.65 trillion. Then, transfers to the regions and village funds amounting to Rp. 702.3 trillion.

Supporting the implementation of Otsus, the Head of the Regional Legislative Council, Maybrat Ferdinando Solossa, explained that from the start, the presence of Papuan Otsus was a demand for Papuans who felt left behind from various aspects. According to him, in the 20 years period until now, the presence of Otsus has provided enormous benefits.

He explained that the special autonomy budget disbursed by the central government from 2000 to 2020, in terms of the amount of funds continued to increase, was also focused on four priority programs. For example, aspects of education, health, infrastructure to community economic empowerment. This is proof that the central government’s attention to Papua is so great.

Meanwhile, Representative of the Chairperson of the Indigenous Peoples Organization (LMA) Cornelis Usili said that in this regard, a number of community groups in Papua and West Papua supported the continued implementation of the Special Autonomy Fund.

They admit that they have felt the positive impact they have had after the special autonomy program has been running for the last 20 years. They are looking forward to the continuation of Otsus Volume II. They are united in stating that Otsus is really needed by the indigenous Papuan people.

Cornelis emphasized that his party, which is the chairman of the Indigenous Peoples Organization (LMA) throughout Sorong Raya, supports the government’s policy to continue the special autonomy in West Papua for the sustainable development and future of the native Papuan youth.