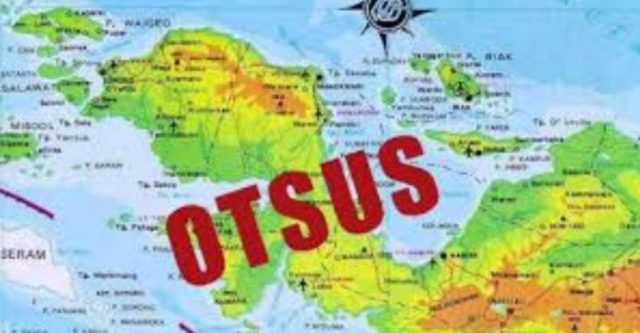 The government plans to continue to increase the Papua Special Autonomy fund. This policy received appreciation from the people for strengthening integration in the Papua region as well as building community welfare in Papua or West Papua.

Otsus is a blessing for Papua. In fact, the policies implemented in accordance with Law Number 21 of 2001 have indeed provided many benefits. Where during the 20 years of implementation, the amount of special autonomy funds for Papua reached Rp. 126.9 trillion. The funds will be focused as much as 30 for the education sector and 15 percent for the health and nutrition sector. The size of the Special Autonomy fund certainly shows how much the government has the desire for the development of Papua.

Through Otsus, the Papuan people have a role in the development of their residence, and it is also prioritized based on article 12 of Law Number 21 of 2001, the Governor and Deputy Governor of Papua, is obligatory for indigenous Papuans (OAP).

Chairman of the DPRD Maybrat Ferdinando Solossa explained, from the start, the presence of the Papua Special Autonomy was a demand for Papuans who felt left behind from various aspects. According to him, in the 20 years period until now, the presence of Otsus has provided enormous benefits.

He explained that the special autonomy budget disbursed by the central government from 2000 to 2020, in terms of the amount of funds continued to increase, was also focused on four priority programs. For example, aspects of education, health, infrastructure to community economic empowerment. This is proof that the central government’s attention to Papua is so great.

Meanwhile, Representative of the Chairperson of the Indigenous Peoples Organization (LMA) Cornelis Usili said that in this regard, a number of community groups in Papua and West Papua supported the continued implementation of the Special Autonomy Fund.

They admit that they have felt the positive impact they have had after the special autonomy program has been running for the last 20 years. They are looking forward to the continuation of Otsus Volume II. They are united in stating that Otsus is really needed by the indigenous Papuan people.

Cornelis emphasized that his party, which is the chairman of the Indigenous Peoples Organization (LMA) throughout Sorong Raya, supports the government’s policy to continue the special autonomy in West Papua for the sustainable development and future of the native Papuan youth.

LMA leaders throughout Sorong Raya appealed to all indigenous Papuans not to be affected by provocation from irresponsible parties. The relevant stakeholders are expected to immediately ensure the continuation of the Special Autonomy.

He explained that in the extension of the special autonomy fund, the government would revise a number of regulations, including the revision of a number of articles in the Papua Province Special Autonomy law (UU). According to him, the revised draft has been submitted to the DPR.

As a realization of Presidential Instruction Number 9 of 2020, the government also issued Presidential Decree Number 20 of 2020 concerning the Integrated Coordination Team for the Acceleration of Welfare Development in Papua and West Papua. In addition, the government has also formed a Legal Team to carry out research on the use of the Papua and West Papua special autonomy funds.

He said that so far the government has assessed that development in Papua is still not effective, the causes include, among others, the unfavorable security situation, the high number of corruption cases and the lack of integration of a number of government programs.

He hopes that in the future the BPK examination can be more measured because the special autonomy funds will increase, then the aspirations for law enforcement are very strong, conveyed from the public, and cooperation between the government and BPK is very important. Meanwhile, the West Papua Red and White Movement also fully supports the sustainability of Special Autonomy (Otsus) Volume-2.

Imanuel Yenu as Plt. The West Papua Red and White Movement, said the presence of Otsus for 20 years since the enactment of law No. 21 of 2001, aims to uplift the dignity of indigenous Papuans.

Special Autonomy for Papua Volume 2 indeed must continue by continuing to make improvements to the system, so that if there is a deficiency, of course this can be evaluated so that the existence of Otsus can be enjoyed by the people of Papua and West Papua.