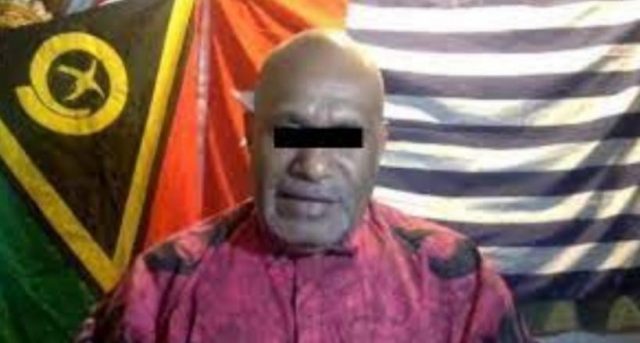 Recently Benny Wenda declared a Provisional Government of West Papua and self-proclaimed himself as the president. According to Timika Express, he even publish his imagined cabinet.

The decision has infuriated the government of Indonesia who calls Benny Wenda as someone who is desperate and dreaming to be a president and uses various means to lie and manipulate the public.

The government responded that in the history of the Papua election since 2004, they are a politically matured community.

Voter turnout in Papua since Indonesia’s first direct election in 2004 is above national average. It means Papuans are well informed and logically chooses their leaders, whether it is a local leader or national leader.

A fact that cannot be denied is the Papuans are good citizen who consciously follow the democratic process of the country. If you compare this to other Melanesian regions, Papuans are internationally recognized as one large community of democracy.

Papuan voters turnout in many elections is higher when compared to other provinces in Indonesia. In the presidential election of 2019, voter turnout was lower than in 2014, but the government can still count on a good electoral result in both Papua and West Papua provinces.

In the Governor Election of 2018, Indonesian Election Supervisory Body noted as the highest percentage of voter participation in Papua Province. The number of voters reached 2,910,510 people or 84 percent of the final registered voter list.

These figures are much higher than the official target of 77 percent (source: www.papua.kpu.go.id).

In the latest local election in December 2020, the head of the General Election Commission of Merauke Regency, the voter participation in Merauke Local Election in 9th December 2020 showed an increase, even in the midst of the COVID-19 pandemic, voter turnout reach 71% percent.

The government cautioned the Papuans to be aware of various manipulations carried out by Benny Wenda and his supporters.

In 2019 Benny Wenda claimed to submit a petition for Papua referendum signed by 1.8 million Papuans. So far, there is no proof that there was a petition and signed by real people to represent the wish of the society.

Even there are no public records of the event in Papua. Benny Wenda also declared Provisional Government in 1 December 2020 which received resistance from various groups in Papua and outside of Papua.

In Papua, many groups consider Benny Wenda’s United Liberation Movement of West Papua (ULMWP) as an organization with no legitimacy to represent Papuans. The government claimed Benny Wenda is only dreaming to become the Presidents of Papua while the facts remain through voters who voted for President Joko Widodo and Ma’ruf Amin through a democratic process of an election.

Papuan voters are mature and well informed, and they choose their true leaders and not Benny Wenda (www.yts.vu).

Meanwhile in Jakarta, Papua’s issue observer, Erlangga Pratama said Benny Wenda has self split personality. Either his statement or his movement does not reflect Papua majority people. Recently, just only NFRPB which has agreed with all of Wenda’s idea and movement. Three type of Separatist movement in Papua, firstly, group Will ready to dialogue. Secondly, group has intentioned to be long time Rebel. Thirdly, group which want to referendum.

“So government does not necessary worry to handle Papua. Wenda’s movement does not worth it to get back any reaction. Let’s him worry and make people against him”.