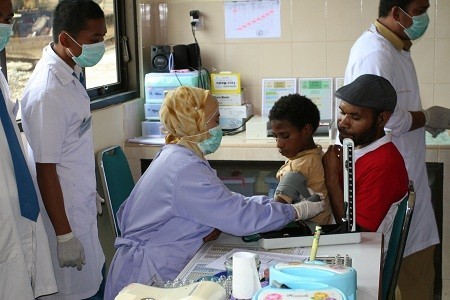 The DPR RI special committee (Pansus) held a meeting of the Draft Law on the second Amendment to Law Number 21 of 2001 concerning Special Autonomy for Papua and West Papua Provinces, in Manokwari.

Komarudin admitted that although Papuan Otsus has been running for 20 years, it has not been accommodated properly, because a number of districts and cities in Tanah Papua are still classified as poor.

With the condition of a number of districts and cities in Bumi Cendrawasih that are still classified as poor, it is necessary to make a second amendment to Law number 21 of 2001 as amended into Law number 35 of 2008 which has been included in the national legislation program (prolegnas) of the DPR RI in 2021.

Komarudin emphasized the changes in several articles in the second revision of Law 21 of 2001 on Special Autonomy, only related to budgets and regional expansion.

“The budget and expansion are still the main reference, because this revision is an initiative of the central government.”

Meanwhile, the Governor of West Papua Dominggus Mandacan hopes that the results of the meeting of the Revision of the Special Autonomy Law together with the special committee of the DPR RI can be fought for.

This PKS faction politician views the basic value of the Papuan autonomy, namely the protection of the basic rights of the people to get justice and prosperity over land and water within certain limits with the natural resources contained therein.

It should be noted, the second amendment to Law Number 21 of 2001 concerning Special Autonomy for Papua Province is very important considering that the legal basis for the Papua Special Autonomy Fund (Otsus) will end in 2021 as regulated in Article 34 of Law No. 21 of 2001.

This Doctor of Government Science said, there needs to be a comprehensive evaluation regarding the 20 years of the implementation of the Papua Special Autonomy.