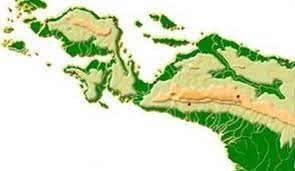 The establishment of an independent body is proposed to be included in the revision of Law (UU) Number 21 of 2001 concerning Special Autonomy (Otsus) for Papua. This agency will be in charge of overseeing the implementation of Papua’s Special Autonomy.

The Regional Secretary (Sekda) of the Papua Provincial Government (Pemprov), Dance Yulian Flassy said that to ensure the sustainability of Otsus, it is necessary to have an independent institution that fears God in the revision of the Papua Special Autonomy Law.

He said it was an independent body to ensure the implementation of various kinds of policies that were felt directly by the public. Especially, the special autonomy fund.

Seeing this condition, Dance said that he did not want this condition to happen again. The amendments should bring improvements to the implementation of Papua’s Special Autonomy.

Meanwhile, the Chairperson of the Special Committee for the Revision of the Papua Special Autonomy Law, Komarudin Watubun, also submitted a proposal for the formation of an independent body. This is because there are sectoral egos that arise as a result of supervision and implementation by many ministries / agencies.

The suggestion for expansion was also the result of a special committee related to Papua Special Autonomy some time ago. The expansion has also been under pressure from several regents. If you want to advance the welfare of Papua, the only way is to carry out regional expansion. Therefore, it is mandatory to expand Papua Province.

The expansion of the Papua Province must be implemented in the context of accelerating development, accelerating economic growth, infrastructure and community services.