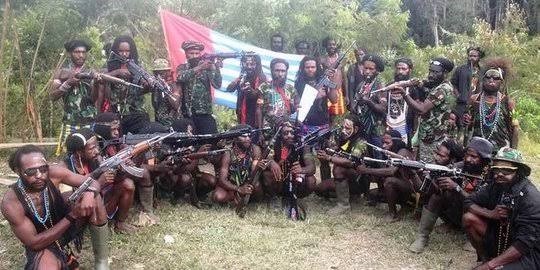 Hoax news is sometimes used as a weapon to avoid mistakes made, hoax news production is apparently also carried out by the Separatist Group of the Free Papua Organization. Apart from triggering unrest, the hoax news released by the Papuan separatist group indicates that his actions have justified any means so that it deserves to be eradicated.

The Joint Regional Defense Command (Kogabwilhan) III corrects false information (hoaxes) about the deaths of 3 women in Puncak Regency, Papua, who were shot dead by the Indonesian military. The news circulated from an online media report.

The fake news was spread by OPM. Kapen Kogabwilhan III Colonel Czi IGN Suristiawa said there was no such incident as reported.

He said that the OPM terrorist group is supported by political and clandestine fronts, including journalists, media and social media activists who are active in spreading hoaxes to corner the government.

He added that if the OPM terrorists burned schools, killed teachers and spread other terror, their supporters would not comment.

“This hoax was also spread by pro-independence Papuan activists, this hoax was spread with the aim of slandering the joint TNI-Polri team”

There are at least 2 online media where the head and editor are very intensively connected with Koman. Every propaganda published by the supporting media for the OPM terrorist group is always the stuff of his tweets on twitter.

According to him, opinion raising through hoaxes was made to attract public attention. In addition to the military hoax of shooting 3 women, OPM terrorist supporters also spread slander related to the destruction of the Kingmi Church which aims to provoke church congregations, both locally, nationally and internationally.

The urgency of this OPM apparently provoked a response from its supporters to spread slander and fake news.

Meanwhile, the Head of the Nemangkawi Public Relations Task Force Kombes M Iqbal Alqudussy also confirmed that the news was a hoax. He urged the public not to be provoked by the news spread by KKB terrorist supporters because law enforcement is carried out in a firm and measured manner.

On another occasion, the West Papua National Liberation Army-OPM (TPNPB-OPM) also spread an issue stating that the TNI-Polri threw bombs at residential areas in Papua.

Spokesperson for the TPNPB-OPM Sebby Sambom said that the TNI-Polri troops with full strength equipped with special forces called the Satan Forces attacked the local residents’ villages in Ilaga.

He said that there were 40 air attacks from the TNI-Polri. The attack was claimed to have used a helicopter.

Responding to this, the Head of the Nemangkawi Public Relations Task Force Kombes Pol Iqbal Alqudusy emphasized that the news was a hoax. He urged the public not to believe this information.

Moreover, it is known that Sebby Sambom is a terrorist spokesman who is no longer recognized by the TPNPB.

In fact, the two KKB members who died in the gun battle with the TNI-Polri were confirmed to be adults. This was confirmed by the Mimika Police Chief AKBP I Gustri Era Adinata.

The police also have to make sure that the CLA members who had been paralyzed when it was named Ferry Ellas and Heri Yakob Newegalem based face matching results List of People Search (DPO) KKB with both jen a ZAH. Of course, this is valid evidence that the TNI-Polri did not just fire.

The police chief also suspected that Sebby had deliberately spread hoaxes about the death of a 17-year-old teenager, to create a negative impression of the TNI-Polri.

It should be noted, the government has designated the KKB armed criminal group as terrorists since 29 April 2021. The TNI-Polri continue to pursue and take firm action because this armed group from OPM continues to spread terror to the community, including the world of education and civil aviation.

Recently, a joint TNI-Polri team has arrested the riot provocateur of supporting OPM terrorists, Victor Yeimo, taking control of the terrorist headquarters of the Lekagak Talenggen group in Wuloni and Tagalowa, Ilaga District. Shortly thereafter, in Ilaga District, several members of the OPM terrorists were shot by the joint team and there were also 3 people who surrendered.

Hoax news often creates a scene of excitement. This is considered as KKB propaganda to attract public sympathy for OPM’s efforts to separate itself from the Republic of Indonesia.