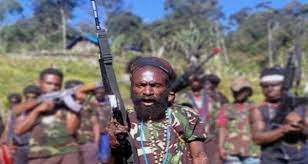 The National Police of the Republic of Indonesia revealed an analysis of the main causes of the armed criminal group, the KKB, which often rioted in the last few days in Papua. Assistant Operations for the Chief of Police, Inspector General of Police, Imam Sugianto, predicted that the reason the KKB often made trouble was because the Government was improving the Papua Special Autonomy (Otsus) budget allocation system to make it right on target.

Imam suspects that the KKB also enjoyed the funds for all its operational needs in the Papua region and bought firearms as well as carried out attacks against members of the TNI-Polri in Papua. However, however, Imam ensured that the joint TNI-Polri team would continue to supervise and protect Cenderawasih Earth so that it would not be disturbed by KKB again in the future.

Currently, conditions in the Papua region are generally considered to be conducive. The public was asked not to think that the Earth of Cenderawasih was unsafe because under the control of the Nemangkawi Operations Public Relations Task Force, Kombes Pol Iqbal Alqudusy said that the potential for disruption of the KKB was only in certain areas. It is also close to forests and mountains, not in urban areas.

“KKB is only in the mini zone, namely Mimika, Intan Jaya, Nduga and Puncak Regencies. It also does not control one area, but in a certain location”

Regarding the implementation of PON Papua later, he said, will be in Jayapura City, Jayapura Regency, Mimika and Merauke. In general, the four regions are conducive.

He admitted that many contingents questioned security in Papua. However, he emphasized that the security apparatus from the TNI Polri is ready to guard the event and ensure regional security.

Meanwhile, the management of the Jayawijaya Churches Fellowship (PGGJ), Pdt. Joop Suebu, supports the firm law enforcement efforts by the Government of Indonesia in dealing with acts of violence committed by TPNPB-OPM. Strict law enforcement is needed to deal with acts of violence committed by the Armed Criminal Group (KKB) in Papua, which are now labeled the Terrorist Separatist Group (KST).

He expressed his full support for the actions of the authorities in upholding the law against the perpetrators of the KKB violence which had caused many victims.

Pdt. Joop Suebu also hopes that real law enforcement actions will not only be carried out against perpetrators of violent acts. He requested that the security apparatus also act fairly to enforce the law against parties who have not been transparent in the management of Papua’s Special Autonomy funds.

Previously, the government had designated the TPNPB-OPM or commonly referred to as the Armed Criminal Group (KKB) in Papua, as a Terrorist Separatist Group (KST). This is based on the consideration of KST actions that have carried out massive acts of terror, so that the handling of KST remains within the legal corridors as stipulated in Law No. 5 of 2018.

Based on Law No.5 of 2018, terrorism is an act that uses violence or threats of violence that create an atmosphere of terror or widespread fear, which can cause mass casualties, and / or cause damage or destruction to vital strategic objects, the environment, public facilities, or international facilities with motives of ideology, politics, or security disturbances.