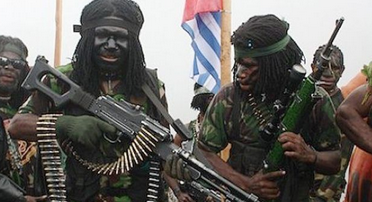 Separatist groups in Papua must be eradicated because they are a source of conflict for the community. Their existence is very unsettling, because they often create atrocities that are beyond the limits of humanity, and sometimes even kill civilians. Eradicating the KKB is a mandatory agenda, so that the Papuan people can live in peace.

Perma salahan quaint in Papua occur because of the terror of the CLA, which is an armed organization under the OPM. They both want to bring about an independent Papua, by means of violence. Even though they buy illegal firearms which are expensive, they are still doing it, because they consider Papua to be a colonized area.

Of course they are wrong because if Papua (formerly Irian Jaya) became a province in Indonesia, it would not be an area that was oppressed. Because the proof is that the native people of Bumi Cendrawasih really love the Republic of Indonesia and they don’t want to be invited to rebel and form the Federal Republic of West Papua, and raise the Morning Star flag.

Torius Tabuni, a Papua observer, stated that the conflict in Papua had been prolonged, and had worsened due to provocation from separatist groups. In addition, separatist groups have penetrated into 2 things, namely politics and armed clashes. They used both to make the atmosphere even more chaotic.

Torius added that in fact, during times of peace, life in the districts in Papua was the same as in other villages (in Java or other areas). However, separatist groups create an image that Papua is not safe, because there are frequent conflicts, etc. So that outsiders will be afraid to enter the Cendrawasih Earth, even though this region has exotic natural wealth.

Separatist groups become increasingly violent when they are labeled terrorists. Apart from making hoaxes about Papua and provocation on social media, they also act in the real world. Statistical data shows that in a period of 10 years, there were more than 118 cases committed by armed criminal gangs. This figure is very sad because there are more than 10 cases a year.

In that sense, almost every month there were violence instigated by the KKB. For example, when they shot Istaka Karya workers, or terrorized the area around the mining area in Tembagapura. This is because the KKB feels that the land which is used as a mining complex belongs to them, even though there is already an official agreement between the mining company and the Indonesian government. So that the KKB cannot just claim it.

Another case that occurred as a result of the KKB atrocity was the shooting of a car belonging to the authorities. Even though they wanted to provide basic foodstuffs to the community, they received terror from the separatist group. It is possible that the KKB thought they were conducting a mobile patrol.

It did not stop there, another terror also occurred in Bumi Cendrawasih, when the KKB damaged a tower belonging to a telecommunications company. When that happens, the HP signal automatically disappears completely, because there is no transmitter tower. Even though the internet signal is really needed by students who are doing distance learning.

The KKB also had the heart to burn down the school building and they further ruined the future of the Papuan children, by killing 2 teachers. How cruel the KKB was because it cut off the hopes of children on Earth of Cendrawasih to study knowledge. Don’t they know that ignorance will only lead to error and misery? In fact, when KKB is anti-school, they will be easily fooled by others.

Therefore, the eradication of the KKB was carried out more intensively. The Nemangkawi Task Force consisting of TNI and Polri troops tracked the KKB to its headquarters. They fought bravely and wanted to bring about peace in Papua. Not only that, in the near future Densus 88 will also be deployed to help, because KKB has already been claimed as a terrorist organization.

Hopefully this additional troop will eradicate the KKB more quickly. Measured firm treatment of the KKB is allowed, because they have disturbed the sovereignty of the state. Also a source of community conflict in Papua.