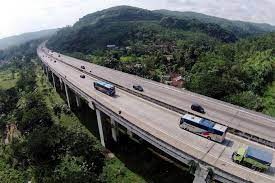 Mahfud said that both parties explained and exchanged ideas. He also said that the MRP understands that what has been and will be done, is all in accordance with the corridors of the Constitution and with a welfare approach.

The Papuan People’s Council (MRP) is a forum provided by law for indigenous Papuans to voice issues related to Papua.

During the meeting Mahfud explained that according to the president’s directives in resolving problems in Papua, not with weapons and explosions, but with dialogue for the sake of prosperity.

He also stated that law enforcement against armed groups is part of facilitating dialogue with the Papuan people, who are far more outside the armed groups.

Meanwhile, the chairman of the MRP, Timothy Murib, said that the MRP came to communicate various things in Papua, this was in response to the process of changing the second Law no. 21/2001 which is currently in the DPR, the MRP wants to convey the aspirations of the indigenous Papuans to the central government.

Previously, Timotius Murib had asked the central government to thoroughly revise the Papua Special Autonomy Law instead of just two articles. Timothy assessed that this comprehensive revision (RUU Otsus) was necessary in order to improve the legal infrastructure in Papua and West Papua.

According to the Papuan People’s Assembly, the implementation of special autonomy for 20 years, all articles need to be evaluated according to President Jokowi’s direction on February 11, 2020.

Timothy said Jokowi had instructed that the Special Autonomy Law be evaluated thoroughly. He questioned why the government only proposed amendments to two articles to the House of Representatives, namely Article 34 regarding the special autonomy fund and Article 76 regarding regional expansion.