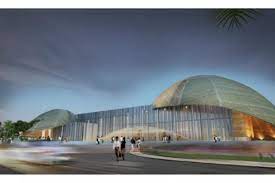 Jakarta (ANTARA) – Indonesia has been paying extraordinary attention to Papua since the Soekarno era in its utmost endeavors to defend it as part of its territorial sovereignty, according to a security analyst.

“The government has also continued to focus on Papua’s development,” National security and intelligence analyst Stepi Anriani noted in a press statement that ANTARA quoted in Jakarta on Monday.

The press statement was distributed to journalists following her participation in a webinar, organized by the European Association for Advanced Indonesia (PETJ) on June 19.

Anriani made the remarks at the webinar that highlighted the issues of separatism and terrorism in Papua and that Papua’s integration into Indonesia was not considered a problem according to the international law.

“The UN Resolution No.2504 has recognized Papua as part of Indonesia’s territorial sovereignty,” the analyst, who completed her higher education at the Padjadjaran University and University of Indonesia.

Speaking in connection with the conflict that continues to grapple this easternmost province of Indonesia, Anriani opined that it was conducted by the Free Papua Movement (OPM) political campaigners.

John Al Norotouw, a former OPM activist, called for ending the conflict. In fact, Papua’s formal integration into Indonesia has been final since the United Nations has recognized it.

Those looking to separate Papua from Indonesia are not even able to revoke the UN Resolution No.2504, he remarked, adding that it is time to focus on boosting Papua’s development.

Norotouw spoke of having decided to declare his allegiance to the Unitary State of the Republic of Indonesia for the sake of building a just and prosperous Papua for all Papuans.

The Indonesian government has offered a special autonomy package to Papua and West Papua that has paved the way for significant amounts of funds to flow into the two provinces.

If the huge amounts of special autonomy funds could be managed and used properly, Papua would become much more advanced than several other provinces, he opined.

The Papua special autonomy law has been enforced for nearly two decades, and it will expire in November this year.

The Finance Ministry’s data indicated that during the implementation of the Papua special autonomy law, the government had disbursed Rp138.65 trillion for Papua and West Papua’s special autonomy funds and additional funding for infrastructure projects.

Meanwhile, regional transfer and village funds, totaling Rp702.3 trillion, were distributed by the government to the two provinces during the period from 2002 to 2021, People’s Consultative Assembly (MPR) speaker Bambang Soesatyo revealed

Apart from the flow of significant amounts of funds from the central government into Papua and West Papua, the two provinces still struggle to improve the quality of their human capital as their scores in Indonesia’s 2020 Human Development Index remained under the national average recorded at 71.94.

Statistics Indonesia (BPS) revealed that Papua and West Papua had recently scored 60.44 and 65.09 respectively on the 2020 Human Development Index.

The BPS data released in February this year further showed the poverty rates of Papua and West Papua being recorded at 26.8 percent and 21.7 percent respectively.

The history of the formation of a special autonomy in Papua, Riyandi P