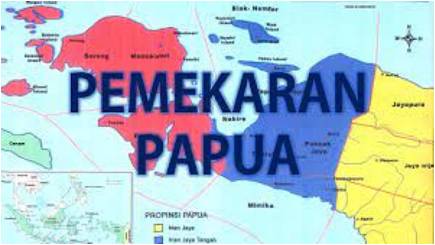 “We LMA in principle support the expansion, because this is the fruit of the sustainability of Otsus,” said Umpain.

He said that if there was an LMA that refused to expand, then it would definitely contradict the thinking of this institution from the start. “If someone refuses, he must be accompanied by a reason, because it should not be limited to refusing and not having a solution,” he said. According to him, the presence of new autonomous regions in Papua is very good.

“Because, DOB will be a solution to distribute Papuan human resources in the world of work which will be widely opened.”

Not only that, DOB is here to answer the availability of Papuan human resources, which are already increasing. “Currently we are overseeing the preparation of Papuan HR positions to fill strategic workspaces in the new autonomous regions,” he added. “Don’t think about refusing without presenting a solution,”

Papuans should be prepared to welcome the new autonomous regions and fill the workspaces in each line. “Let’s not talk anymore outside of the Unitary State of the Republic of Indonesia. No, what we are talking about is preparing ourselves to seize a position within Indonesia,” he concluded.