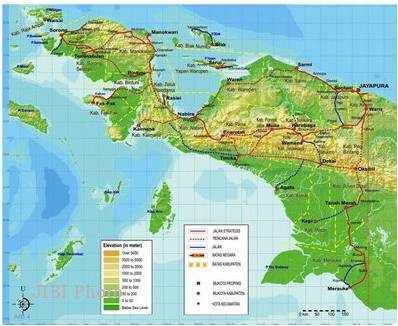 Papuans agree to the expansion of this area because it has many advantages. Nevertheless, the division of this region is expected to fulfill the basic rights of Papuans who have been living in local customs and traditions.

The Papua region will be expanded, the plan is to become 5 provinces and 3 additional provinces, namely the Central Mountains Province, Tabi Saireri, and South Papua. This plan has not been executed because it is still under consideration, because there could be additional provinces, based on the division of indigenous peoples and their culture. It could be that the new expansion will occur after the pandemic because now the government is still focusing on handling the corona virus.

Ali Kabiay, Chairman of the Indigenous Youth Region II Saireri, Nabire Regency, stated that when Papua was divided, it was necessary to protect the basic rights of local residents. When residents have given permission, each province can build its own in terms of economy, tourism, and investment. All must be done by indigenous Papuans (OAP).

In a sense, Papuan traditional leaders remind again that development must involve indigenous Papuans. In the Special Autonomy Law, it has been stated that indigenous Papuans are given a major role in developing their territory. So that when there is an expansion of the province then this is the time for them to show their teeth, and build their own region to be more advanced.

The role of indigenous Papuans has indeed been enlarged in recent years. Without belittling the newcomers, the natives on the Earth of Cendrawasih also have intelligence, so they can contribute to the progress of their territory. After the governor, deputy governor, mayor, regent, and their representatives must be native Papuans, it is time for those in non-government circles to also participate in the development of a new province.

Indigenous Papuans are happy because they are given the opportunity to participate in developing their own region. When there is a new province, the spirit is also new, so the community is also motivated.

Ali Kabiay continued, as the younger generation, his party supports the acceleration of development in Papua through the division of the province. However, the expansion must fulfill the basic rights of citizens, aka accommodate the voices of indigenous peoples and see the culture and culture on Earth of Cendrawasih.

For example, in the Nabire area, which has Saireri traditional culture, it must be included in the Tabi Saireri Papua Province. Don’t even put it in the Meepago traditional area because the culture is very different. For example, the traditional clothes in Nabire are not koteka but cidako. While the means of transportation is a boat that has two boats.

So, when it is divided, there should be no mistakes so that an area is included in the wrong province. The central government must send researchers who go directly to the field, so that the division of customary territories and provinces is truly fair and in accordance with their respective cultures. The reason is because in Papua, customary law is still upheld.

The expansion of the territory is planned based on the number of customary territories in Papua. Therefore, this plan has not been carried out this year because it requires very thorough preparation. In addition to the problem of cost, it must also be viewed from a cultural perspective. In a sense, do not let the division of territory even lead to a war between tribes.

The community is still waiting for Papua to be truly divided and they are optimistic that the government will give the best. Later on, the division of provinces and customary territories will be honored as a token of gratitude.

The division of territory in Papua has not yet taken place, but preparations must be made thoroughly. Among them are about how many provinces will be added. In addition, the basic rights of citizens on Earth of Cendrawasih must be fulfilled. In a sense, they must be in the appropriate customary area, not to be confused with other tribes.