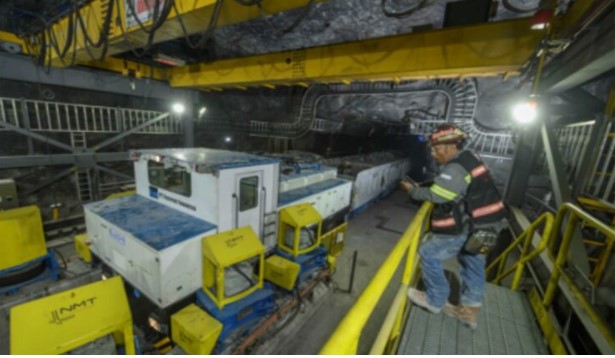 Economic growth in Papua continues to increase. This is very good because it shows the success of government programs to improve the economic sector in Cendrawasih Earth, so that it is hoped that it can reduce the gap with other regions.

Papua as the easternmost region in Indonesia has various potentials that can ‘sell’ and increase the APBD, such as tourism, agricultural products, and mining products. The wealth of natural resources on the Earth of Cendrawasih is processed very well so that it can prosper the people. The central government also supports infrastructure development so that community mobility and projects run well.

Margo Yuwono, Head of the Central Statistics Agency (BPS) stated that Papua’s economic growth continues to increase, even the highest in 2021. That year’s growth increased by 10.9%, which came from mining nickel ore, silver ore, gold, and copper.

In a sense, the people in Papua are increasingly prosperous thanks to economic growth that always increases every year. This is an achievement because during the New Order era (about 30 years ago) there was a negative stigma that Earth of Cendrawasih was still far behind from Java, because there was a centralized system that resulted in uneven distribution of modernity.

However, during the reform era and continued until the administration of President Jokowi, the system was changed to decentralization and there was equitable development throughout Indonesia, including in Papua. President Jokowi himself is very concerned about Papua and building various infrastructures for the progress of its people. So that the Earth of Cendrawasih area is getting more advanced.

The increasing economic growth of the mining sector is also the result of the government’s hard work in acquiring a majority stake in a copper mining company in Papua. So that if there are mining materials such as copper and gold that are dredged, the results automatically belong to the Indonesian government, and the majority is given to the Papua regional government.

If mobility is faster thanks to good roads (eg the Trans Papua road) it will save money because people choose to send goods and travel by road. They are slowly leaving transportation via airplane which costs much more. The longer the trans-Papua road, the more people will benefit because the shipping costs are so low that the price of goods can be lowered.

“Otsus has been proven to prosper the Papuan people”

Papuan civilians themselves are satisfied because their economic growth has increased and the facilities and infrastructure provided by the government have improved. The Papua region is no longer synonymous with an area that is only a virgin forest, but it is well-organized and very modern.

When Papua’s economic growth increases, it is the people who benefit because they can enjoy progress and there is no high gap between there and on other islands. The increase in economic growth is due to the good intentions of the government who want to continue to advance the Earth of Cendrawasih region.