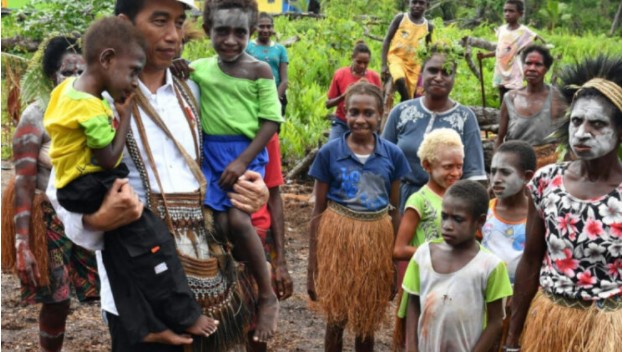 The government changed operations to arrest separatist and terrorist groups in Papua to a welfare approach. Even though it has changed, people don’t need to worry because the TNI/Polri will always be on standby to maintain the security of Papuans.

One of the unresolved problems in Papua is the separatist and terrorist group (KST). They always attack the security forces because they want to defect and do not recognize the Indonesian government. To overcome them, the government changed the strategy to a welfare approach or a more subtle way, with a heart-to-heart dialogue.

But this approach will take a long time, intelligence analyst Stanislaus Riyanta points out. The reason is that KST continues to carry out attacks. In a sense, when the apparatus is attacked, they inevitably have to fight back. This is not a violation of the welfare approach, but has been a procedure from the start, because if you don’t fight it, you will become a victim.

The welfare approach has just been implemented and is still in a period of adaptation. With this subtle approach, apart from continuing to develop Papua, there is also a dialogue involving community and religious leaders. It is hoped that with this approach, KST members will surrender themselves without being forced.

However, the reality is that more KST members resisted than surrendered. So that if they attack they must be repelled. But people need not be afraid because this will not create a big war.

The spokesman for the Free Papua Organization (OPM) Sebby Sembom had indeed uploaded a propaganda video about the war against the Indonesian army in 2022. However, his remarks were considered only a bluff, because it was impossible for their strength to fight TNI soldiers. The war didn’t really happen, so people don’t have to worry about getting hit by a stray bullet.

“The safety of the Papuan people must be prioritized, therefore it is natural that the number of officers continues to be increased”

This does not have to frighten civilians because it will not change the face of Bumi Cendrawasih into a military operation area, as happened in Aceh during the New Order era.

In fact, the security forces are really there to protect the public from KST attacks. They must be protected because once attacked, it can result in loss of life and damage to public facilities with significant material losses. Trust the authorities because they are the people’s friends.

Security is prioritized because there have been many civilian casualties, both injured and dead. There have been too many victims due to KST’s atrocities, from motorcycle taxi drivers, students, to teachers. They died and were mourned for their departure, and KST evaded it on the grounds that they were spies for the government. In fact, they are just ordinary civilians.

Therefore, it is natural for security in Papua to be tightened, and the apparatus to spread out, not only in uniform but also in plain clothes or disguised as citizens. This disguise is not only for securing the people, but also for intelligence or seeking information, if there are residents who know about KST’s whereabouts.

Papuan civilians also got used to seeing the presence of the army and they understood that they were there to protect them, not for other things. All of this because the situation on Earth of Cendrawasih is still vulnerable to KST attacks.

The welfare approach made by the government is indeed building Papua and expelling KST in a subtle way. However, this approach does not mean that TNI soldiers are silent when attacked by KST, because they have to fight it if they don’t want to lose their lives. People need not worry because it is impossible for a war to occur in Papua