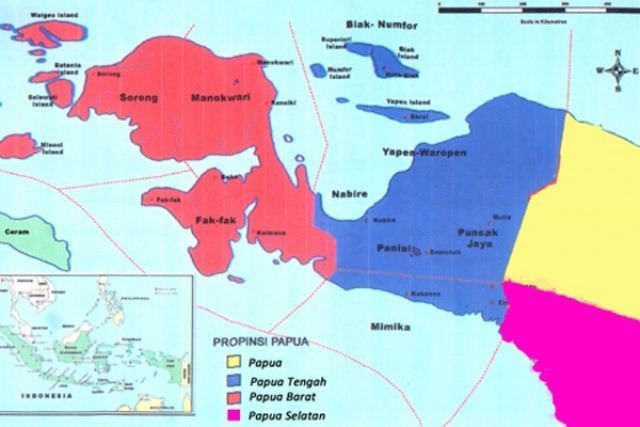 The expansion of the territory on the Earth of Cendrawasih is the pure aspiration of the indigenous Papuans (OAP). They want additional provinces to make their regions more advanced.

Currently there are 2 provinces in Papua, namely Papua and West Papua. However, the two provinces will be added to seven, because the territory of Papua is too wide and lacking if there are only 2 provinces. It is not certain when the division of this province will be because it is waiting for the president’s instructions, but it has received the blessing of the government.
Abisai Rollo, a representative of the indigenous Papuan community, stated that the addition of 5 provinces was because there were 7 customary territories in Papua, so that later there would be a total of 7 provinces. This adjustment is very fitting. In a sense, the people on Earth of Cendrawasih still adhere to customary law and uphold ancestral culture, so it would be nice if in 1 province there was 1 customary territory. However, it has not been fixed whether it has really been added to 7 because it is waiting for President Jokowi’s consideration.

Abisai’s statement as a Papuan traditional leader hits hard on the issues out there which say that the people on Earth of Cendrawasih reject regional expansion. The issue is very inconsequential and not based on facts, and only pits the Papuan people against the government. Especially if there are parties who make things worse and it turns out that they are speaking on behalf of separatist and terrorist groups, which are clearly against the government.

Don’t let misleading issues make people suffer because regional expansion is hampered. The public is asked to stay cool and not be consumed by hoaxes and propaganda, both in the field and in cyberspace. Do not let the division of territory even trigger riots between those who are pro and those who are against.

When a traditional leader issued a statement that the people themselves asked for regional expansion, he reaffirmed the Papuan people’s request to the government. Several years ago there were representatives of traditional leaders who had an audience with the President to ask for additional provinces, one of the reasons being the different characteristics of the people in one province.

If the Papuan people have asked for an additional province twice, it is clear that they need regional expansion. This decision is based on the needs of the region itself, not on political pressure or personal interests. The people need a new province that can accommodate their aspirations and advance them.

Regional expansion has many benefits. First, when Papua was divided, the area in 1 province was indeed narrowed, but it was actually good, because the distance between people’s houses and the provincial capital was getting closer. If they want to take care of important papers, it will save time and transportation costs.
Second, when there is a new province, a new government building will automatically be built, so workers are needed during its construction. Automatically can reduce unemployment because many are employed in the project. Good for building buildings, painting them, or repairing roads.
While the third, if the road is repaired then again the people will benefit because they have good road access, not a muddy path when it rains or a macadam road. When the road is good, mobility is smooth and can speed things up.
The addition of a province in Papua is purely the will of the people themselves. They want the expansion to accommodate the needs of indigenous peoples, so that customary law can continue to be preserved. In addition, regional expansion also has many benefits. These include the construction of representative roads and the provision of more and more APBD.