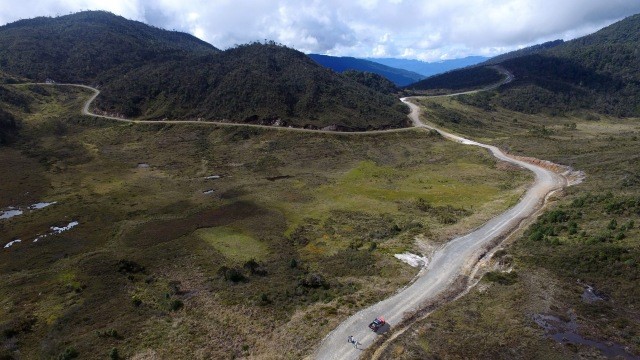 Vice President Ma’ruf Amin receives a report from the Minister of Home Affairs (Mendagri) Tito Karnavian regarding the concept of a draft government regulation (PP) on Law Number 2 of 2021 concerning Special Autonomy for Papua at the Vice President’s official residence, Central Jakarta, Monday (30/8/ 2021). The draft PP that Tito reported is still a rough draft.

Spokesperson for the Vice President of the Republic of Indonesia, Masduki Baidlowilantas said that this was in line with Ma’ruf’s direction when he chaired a coordination meeting with a number of ministries last July to immediately complete the administrative process related to the autonomy and welfare of the Papuan people.

Several other points that became the topic of discussion in the one-hour meeting included the handling of extreme poverty in Indonesia, especially in the provinces of Papua and West Papua, which the President handed over to the Vice President, as well as a discussion on the preparation of the National Sports Week (PON) in Papuans.

Previously, the Director General of Regional Autonomy at the Ministry of Home Affairs, Akmal Malik, said that the 2 draft government regulations in question were the RPP on the Authority and Institutional Implementation of the Papua Autonomy Policy and the RPP on the Governance of the Special Autonomy Fund.

This is what causes no matter how much funds will be allocated, if the governance is not improved. Meanwhile, Akmal said that his party is still working on the two RPPs so that they can be completed within the specified time, which is 3 months.