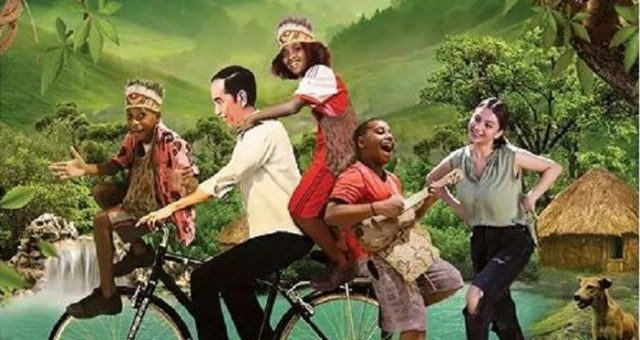 Executive Director of the Human Studies Institute, Rasminto said that currently indigenous Papuans have become pioneers in various scientific fields, both on a local, national and even international scale.

“Currently, indigenous Papuans have become pioneers in various scientific fields, so that the opportunity to make Papua more advanced is more open, especially since the achievements of native Papuan sons have proven to make the country where they are educated abroad thanks to scholarships from the Special Autonomy Fund.”

Furthermore, Rasminto, who is a doctoral alumnus of population and environmental education at UNJ, gave an example such as the achievements made by As Sherina Fernanda Msen who studied at Corban University, Oregon, United States.

It is known that Sherina has taken the Business Administration major in the Accounting Leadership and Management program. In addition to Sherina, a native Papuan student on behalf of Yafeth Werijo who majored in Ministry Linguistics managed to get the best student award.

Meanwhile, the Papuan provincial government appreciates the achievements of Earth Cenderawasih students who study in the United States, where most of them achieve above average GPA scores.

“So this makes me wonder and don’t understand why Papuan children excel abroad but not in Papua,” said Doren Wakerkwa, assistant for the Papua Regional Secretariat in Jayapura.

Doren further explained that in the United States there are more than 325 people taking studies in various states.

“Many native Papuan students in the US have achieved extraordinary GPAs. This once again makes me not understand why their GPA is high but those studying in Indonesia are dropping,” said Doren Wakerkwa recently, after receiving representatives from the University of Rhode Island, America Union.

On that occasion, Doren hoped that all Papuan students who study domestically could also achieve as well as those who study abroad.

“I hope that native Papuan students can emulate the achievements of a number of Papuan students abroad. So that they can return to Papua to build their own region,” he said.