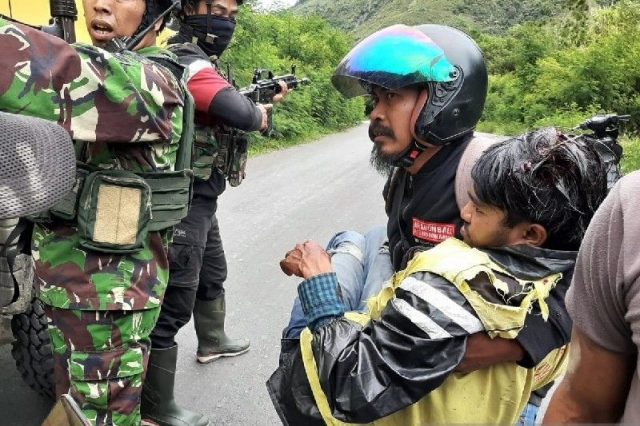 The government appeals to the public not to be easily provoked by hoaxes and negative issues related to Special Autonomy (Otsus) and the establishment of the New Autonomous Region (DOB) for Papua. Negative propaganda is often made by Papuan separatist groups to make people restless by creating chaos and chaos in Papua. Their long-term goal is to take this action for Papua to break away from Indonesia. Papua has been recognized as part of Indonesia for a long time and will continue to be with Indonesia.

It should be noted that the separatist group is the Free Papua Movement National Liberation Army (TPNPB-OPM). OPM itself is a general term for the Papuan pro-independence movement. Armed OPM resistance was carried out for the first time in Manokwari on July 26, 1965. Meanwhile, according to a report provided by the Institute for Policy Analysis of Conflict (IPAC) entitled The Current Status of the Papua Pro-Independence Movement (published August 24, 2015) it was stated that the organization it consists of competing factions.

Separatist groups do not want Papua to progress and develop. Various actions were taken, ranging from taking action with weapons in Papua to spreading negative propaganda and hoaxes abroad. This is done with the aim that the community is not affected by development programs launched by the Government for the progress and welfare of the Papuan people. The government of course must have a high spirit to maintain Papua as sovereignty in Indonesia and crush the separatist group that has been causing a commotion in the Papua region.

“Separatist groups do not want Papua to progress and develop”

On the other hand, the Papuan people are very comfortable with the development carried out by the Central Government so far. People in Papua have high enthusiasm for development in the Papua region, according to them, with the new DOB in the future, the younger generation of Papua can become leaders in their own province for the future. Then the government and the economy in Papua can be even better in the future so that people can live in peace.

The expansion of the Papua region also received support from many local traditional/community leaders. One of them, a Papuan leader, Willem Frans Ansanay, stated that he strongly encourages the expansion of Papua so that public services can be easily accessed. In addition, the supervision of the Papua Special Autonomy funds must be carried out thoroughly, so that the funds are carried out optimally.

Based on the facts on the ground, the implementation of the distribution of Otsus funds is often hampered by the actions of corruptors, some of which are also carried out by regional officials. This is very detrimental to the Papuan people because these funds should be allocated for development purposes in the Papua region, starting from infrastructure development, economy, health services, education, human resources, including regional expansion. If the funds provided by the Central Government can be managed optimally, of course it can accelerate the expansion of the Papua region.

The delay in the flow of Otsus funds caused by regional officials has an impact on the delay in the expansion of the Papua region which will be carried out by the Central Government. For this reason, assistance in managing budget funds from the Central Government is needed to coordinate the income and expenditure of Otsus funds. So that the funds provided for regional expansion in Papua are not used individually by irresponsible regional officials.

Papuan observer, Prof. Imron Cotan, said that the regional expansion was carried out to facilitate health services in Papua. Because health is the main factor in fulfilling human needs. With a healthy soul and good education, the future of the Papuan people will be better. The expansion of the territory in Papua can change all aspects of life on Earth of Cendrawasih for the better. Needs that were previously not given well, will be met with the expansion of the region.

The community needs attention from the Central Government to provide good services, proper education, economy, and jobs for the Papuan people. In this way, people in all areas of Papua will have a decent and appropriate livelihood for the progress of the Papuan people.