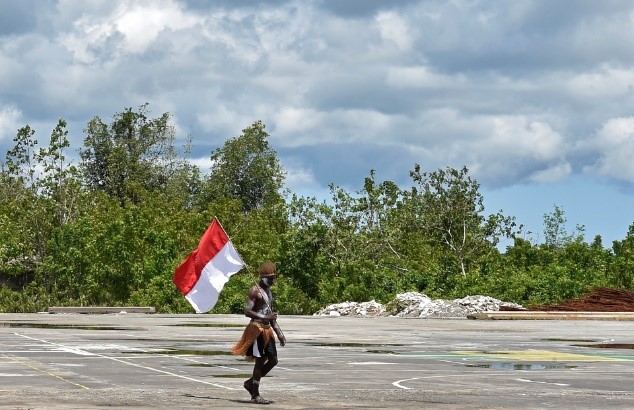 One of the traditional leaders in Jayapura Regency, Yanto Eluay, mentioned that the status of the land of the Papuan people of Irian Jaya in Indonesia is already a final part of the Unitary State of the Republic of Indonesia. Yanto Eluay explained that de jure, the question of Papua was final in 1969.

He also asked and warned against the perpetrators of the movement or action to free Papua out of Indonesia to stop.

It was said that on May 1, 1969 a decision was made in the Determination of People’s Opinion (Pepera), and it was recorded by the United Nations and the Government of the Republic of Indonesia regarding Papua. According to Yanto, what the Papuan People’s Petition (PRP) is fighting for regarding the referendum is the same as not understanding the history of Papua properly.

“All of this has been decided by Papuan leaders who represent indigenous peoples as members of the Pepera deliberative council in 1969 and hand over their communities and customary territories in Papua to become the sovereign territory of the Indonesian state,” said Yanto.

Yanto, who is the son of the former chairman of the Presidium of the Papuan Council, Dortheys Hiyo Eluay emphasized that whoever he is cannot change everything.

“I emphasize that those who have the authority to talk about the political status of Papua are traditional leaders because they are the owners of territorial rights and indigenous peoples in Papua.”

“I’m saying this to be clear. So whoever he is who is still making movements for an independent Papua and wants to release Papua from the Republic of Indonesia, I ask, if you are a child of adat, please respect what the traditional leaders have done in 1969.”

“There should be no action in our customary territory in Jayapura Regency, and for students, intellectuals, LMS, TPNPB OPM, and others who do not have customary capacity, I ask to stop these actions, because you must know the history that Papua’s status in The Unitary State of the Republic of Indonesia is final,” he concluded.

Just to note, previously the PRP had issued a notification that it would again hold a national action against Otsus volume II and DOB on Friday (3/6/2022).

This was conveyed by the spokesman for the National PRP, Jefry Wenda, Tuesday (31/5/2022).

“We, the Papuan People’s Petition (PRP) issued a general appeal for national action on Friday (3/6/2022), all Papuan people move. Immediately revoke Otsus and reject the expansion of all Papuan lands,” he said.

Jefry said, this action was again held by looking at all kinds of Jakarta policies that have an impact on the threat of genocide in Papua.

Furthermore, Jefry said the PRP also calls on all Papuan people in West Papua and Indonesia to immediately involve themselves in this national action.

In addition, the PRP also appeals to non-Papuan brothers and sisters (Amber) from various ethnic groups, Javanese, Madurese, Batak, Toraja, Bugis, NTT and other ethnic groups who have long lived in the beloved country of West Papua and have considered themselves to be part of the people of the Papuan nation to be able to participate in a simultaneous action plan throughout the land of Papua.

To the head of the Indonesian National Police in Papua, both the Papuan Police Chief, and the West Papuan Police Chief for being able to oversee the national action in an orderly, safe and peaceful manner and urging that they do not respond to demonstrations indiscriminately.

He added that the Papuan People’s Petition is responsible for all series of national actions that will be carried out on June 3, 2022.