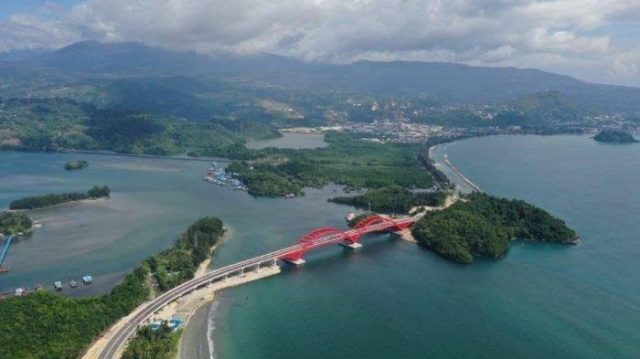 Papua and West Papua are being accelerated by the government, so that there are no gaps with other regions. Of course, this development requires collaboration from all parties so that the results obtained are more optimal.

What do you imagine about Papua? It is undeniable that this place used to have an image as an area that was still only a forest and there were honai alias traditional houses everywhere. Even though since the reformation order, especially in the administration of President Jokowi, Papua and West Papua have grown rapidly into two advanced and modern provinces.

Accelerating development in Papua and West Papua is a priority for the government because these two provinces have a lot of potential. In addition to natural resources, there is also a natural exotic which is an attractive tourism object. Everything can be used to make the two provinces more advanced.

Vice President KH Ma’ruf Amin stated that the government continues to make efforts to accelerate development in the provinces of Papua and West Papua. In a sense, acceleration really needs to be done so that there is even more progress and there is equality, so that justice is created from Sabang to Merauke.

The vice president emphasized that in order to make the acceleration program a success, in addition to regulations, cooperation from various parties, including the West Papuan People’s Council (MRPB), was needed so that the legal basis that had been issued could be implemented properly in the field.

The Papuan People’s Assembly was indeed formed for the people and is a representation of the people on the Earth of Cendrawasih. If the MRPB cooperates with the government, collaboration will be created, so that development there will be even faster.

In a sense, MRPB must work together with the central government and local governments, so that development in Papua and West Papua is successful. If there is a conflict, there will be chaos because the people will defend the MRPB. However, the esteemed MPRB members realize that the various programs made by the government are very useful, so they are willing to work together, for a better future for Papua.

Various programs have been made by the government for the modernity of Papua and West Papua, such as special autonomy which began in 2001 and was extended again in 2021. With this program, various infrastructures have been built, such as the Trans Papua Road. There are also scholarships for outstanding students and capital assistance for mothers, aka mothers, to trade, so that they can earn an income.

The Papuan People’s Assembly should support and broadcast various programs made by the government, so that people in remote areas know about it. That way, they will support the program and together build beloved Papua.

Indeed, collaboration is needed so that Papua and West Papua progress, because if there is cooperation, it will be more solid. On Earth of Cendrawasih, it will be more modern and its potential will be further explored, so that it will benefit the people. They will have a better standard of living, thanks to the facilities built by the government.

Accelerating development in Papua and West Papua is the government’s priority, so that the situation in the two provinces is even more advanced. It takes collaboration from all parties so that the mission of modernity on Earth of Cendrawasih is successful, such as the blessing of the Papuan and West Papuan People’s Councils, as well as all elements of society.