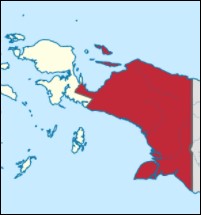 The implementation of the special autonomy fund (autonomy) for Papua will end in 2021 as stipulated in Law (UU) Number 21 of 2001 concerning autonomy for Papua Province.

Representatives of the Chairmen of the Indigenous Peoples’ Institution (LMA) Cornelis Usili said that in this regard, a number of community groups in Papua and West Papua supported the continued implementation of the Special Autonomy Fund.

The people of Papua and West Papua claim to have felt the positive impact of Otsus, which has been running for the last 20 years. They are looking forward to the continuation of Otsus volume II. They are united in stating that Otsus is very much needed by the indigenous people of Bumi Cenderawasih

Furthermore, the heads of Indigenous Peoples’ Institutions (LMA) throughout Sorong Raya support the government’s policy to continue Otsus in West Papua for the sustainability of development and the future of the young generation of indigenous Papuans.

LMA leaders throughout Sorong Raya appealed to all indigenous Papuans not to be influenced by invitations or provocation from irresponsible parties. The relevant stakeholders are expected to immediately ensure the continuation of the Special Autonomy.

Meanwhile, the Chairperson of the Lanny Jaya Regency LMA, Papua Yele Wenda, and the LMA Representative in the Fakfak Regency, West Papua, also said similar support, Fabianus Valentinus Kabes. Fabianus emphasized that Otsus should continue to side with the indigenous Papuan people.

A group of people and leaders who held an action in Jayawijaya Regency, Papua, too. The action led by the Chairperson of the Papua and West Papua Province PEPERA Deliberative Council Alex Silo Karno Doga and the Chair of LMA Jayawijaya Karlos Huby considered that Otsus was the best solution.

Even the people located around the border of Papua and Papua New Guinea, Skouw Sae Village, Jayapura, Papua have firmly stated their support. They believe that Otsus can increase progress in the Land of Papua.

Meanwhile, the Deputy Chairman of the DPD Barisan Merah Putih RI, West Papua, Yafet Valentine Wain also voiced the same. He explained the conditions before the existence of Otsus.

The former chairman of the West Papua Special Autonomy Community Forum gave an example of the opportunity for indigenous Papuans (OAP) to serve in the government. He explained that prior to Otsus, OAP had relatively no career opportunities as state apparatus.

However, with the birth of Otsus in 2001, the opportunity was wide open. The central government saved the potential of OAP. “Otsus provides an extraordinary solution. The acceptance of OAP as a civil servant who used to be such a quota, today is extraordinary.

However, other parties hope that improvements to Otsus will come. Among other things, related to the supervision of the realization of the Special Autonomy funds so as not to deviate or be misused by unscrupulous parties. In addition, there was also resistance to the discourse on Otsus being continued.