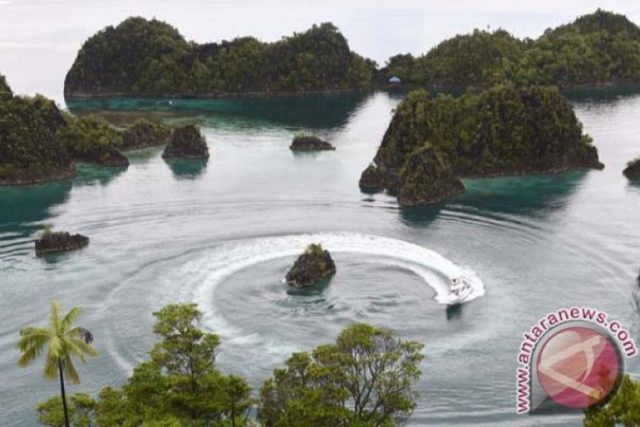 Jakarta (ANTARA News) – Papua Province is one of Indonesia`s underdeveloped provinces in the eastern region which the government of President Joko Widodo (Jokowi) has given a priority in his current development programs.

Compared with other provinces in the western part of the country, Papua suffers a sharp gap and inequality in its economic life. Due to the lack of infrastructure and land transportation facilities, prices of commodities are far higher than those in the rest of the country`s provinces.

Hence, the government is now focusing its attention on the development in Papua in efforts to eliminate social economic injustices. One of the efforts to build economic justice is to lay the foundation of the economic activities by developing infrastructure.

Although there is criticism in the development of the Trans-Papua Road, President Jokowi is firm that the project will facilitate the economic activities and improve the welfare of the people in the country`s easternmost province. He asked the Regional Representative Council (DPD) to support his infrastructure development program in Papua.

“There is a question from a DPD member, asking the benefit of developing the Trans-Papua Road. Of course, Trans-Papua is constructed in an effort to make balanced infrastructure development in the country`s western, central and eastern regions. The DPD should instead support the efforts made to narrow infrastructure gaps in the country,” President Jokowi said at a DPD National Workshop in the Parliament building in Jakarta on Friday (Nov 17).

The head of state compared infrastructure development with the story of eggs and chickens. “This is like the egg and chicken story, that questions which of them came first. Should the road be built first to facilitate the economy to grow or should we wait for the economy to grow first then we develop the road,?” the president asked.

He explained his reason for encouraging infrastructure development outside Java and avoiding Java-oriented development. “We start development from the border, from outermost islands because they are badly in need of the infrastructure. The Trans-Sumatra Toll Road is needed for the mobility of logistics and people. This will make us strong so that we will be able to compete with other countries,” remarked Jokowi.

After all, according to the President, Indonesia`s Global Competitiveness Index is still far behind those of neighboring countries because Indonesia`s transportation and logistics costs are still 2.5 times that of other countries. This makes Indonesia unable to compete.

Therefore, these very basic things should be completed soon. “The Trans-Kalimantan and Tans-Papua are being built to make logistics transportation smooth and the price of basic needs lower. I am sad when I went to Wamena and Pegunungan Tengah in Papua. The price per bag of cement there was Rp800 thousand. In certain months when the weather is bad the price rose to Rp1.5 million per bag. In certain districts it rose to Rp2.5 million while the price of the commodity in Java was only about Rp70-80 thousand per bag. The price of gasoline outside Java could reach Rp60 thousand per liter while in Java it was only Rp6,500 per liter.

“So, I ordered the state-owned enterprises (SOE) minister to design prices so that the price of gasoline in Papua, particularly in Central Papua, will be the same as the price in Java. We need one and a half years to realize it. This is not an economic matter but a matter of social justice for all. Now, the cement price could be lowered to nearly half, yet it is not yet the same as that in Java,” noted Jokowi. The target can be achieved when the Trans-Papua is already completed where cement can already be transported by land, no longer by air, thereby the cement price will be the same as that in Java.

She will review the result of efforts to curb basic commodity prices for residents living in the frontier, outermost and remote regions in the easternmost province.

Based on her schedule, received by Antara from the Government of Jayawijaya District, Papua, Sunday afternoon, Minister Rini will visit three districts of Puncak Jaya, Jayawijaya and Pegunungan Bintang.

“On November 20, the SOE minister will have a dialogue with two groups of farmers and post-harvest coffee participants from the Yagara District and Wolo District. She will also review the cement price lowering program and at the same time has a dialogue with the community,” said Head of Public Relations Affairs of the Jayawijaya Regional Government, Meitty W Nahuway on Sunday.

Rini is scheduled to review the coffee garden and hand over an Arabica coffee peeler and dryer for coffee farmers in Jayawijaya District. Before heading to Jayawijaya on the first day, Meitty said, the minister is scheduled to visit Oksibil, the capital of Pegunungan Bintang District to inspect the premium and diesel oil distributors (APMS) to assure the implementation of the single-fuel price program.

Rini, together with the Puncak Jaya community, is also slated to declare the pride-to-consume-Papua-coffee slogan “banggamenyedkopkopipapua”. On the occasion, she will hand over assistance to the local people, review the price cuts of basic goods by the Inflation Control Agency (PPI) and check the equalization of cement price by PT Semen Indonesia.

Before returning to Jayapura on Tuesday 21, the minister will review the implementation of the branchless-banking system by Bank Mandiri in Puncak Jaya District at around 11:30 local time.

Last August, the minister during her working visit to Jayawijaya invited local farmers to increase the number of Arabica coffee production to improve their income.

“One of the problems is that the cost of transport to the city is expensive, so we are looking for ways to make Jayawijaya community better,” she said.