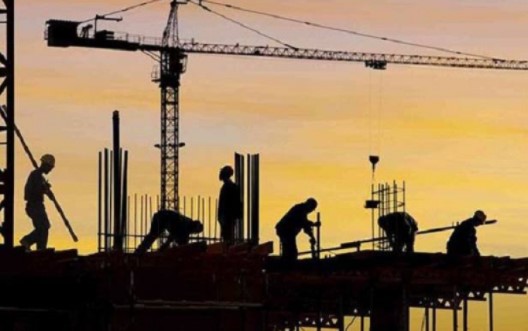 Development in Papua and West Papua has been one of President Jokowi’s concerns, even since his first term. The community also appreciates these various development programs that can improve the people’s standard of living.

This instruction is addressed to all Ministers so that this development can be accelerated. In this Presidential Instruction, it is said that this regulation is needed as a breakthrough, integrated, precise, focus and synergy between ministries / agencies (K / L) and local governments to create a prosperous, advanced, dignified and peaceful society in Papua and West Papua Provinces.

Head of the Center for Performance Analysis at Bappenas Velix Wainggai said there are several very important infrastructure projects being developed in Papua. One of them is in the tourist area of ​​Raja Ampat. In this place, the government will expand Waisai Airport, which will become one of the priorities in the next 4-5 years.

Furthermore, encouraging two special economic zones and an industrial area in Bintuni Bay, the Sorong Special Economic Zone, and there are several infrastructure supports run by the government. Of course, all of this will encourage the welfare of the surrounding community.

Izak R Hiyokabi, Managing Director of Perusda Baniayu, Jayapura Regency, hopes that the infrastructure being developed by the central government can bring change in Papua. With the predicted population population to increase, this infrastructure will answer the challenges that will come in the future.

That is the suspicion he admits that the optimism of development in Papua will run better in the future. Moreover, there are 27 ministries that have a big task in implementing Presidential Instruction No. 9 of 2020. As well as supporting the acceleration of the development of the Laa Pago customary area (10 districts), the Domberay customary area (11 districts), the main project of the Jayapura National Strategic Area (PKSN) and the Merauke PKSN major project in the 2020-2024 RPJMN.

Head of the Papua Province Representative Office of Bank Indonesia (KpwBI) Naek Tigor Sinaga said the Youtefa bridge is currently one of the buildings with independent appeal in Papua.

Naek said, the philosophy of the image is a connectivity that is realized by the existence of a bridge that is useful for facilitating community mobility, especially those in the city of Jayapura and its surroundings.

It should also be noted that before the bridge was built, the trip from the government area to Muara Tami District had to cover a distance of 35 km with a travel time of about 1 hour.

However, crossing the Youtefa Bridge, the distance will be around 12 km and a travel time of about 15 minutes.

This 732 meter long and 21 meter wide bridge is a steel arch type bridge that can shorten the distance and travel time from Jayapura City to Muara Tami District and to the Skouw State Border Post (PLBN) in the border area of ​​Indonesia – Papua New Guinea.

This development should be appreciated, because it is proven that the development of Papua is continuously being pursued by the government. People in Papua and West Papua can participate and feel the benefits.