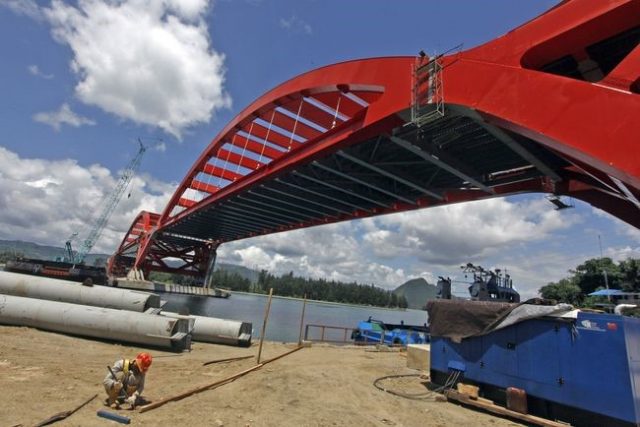 The Indonesian Police have begun coordinating with relevant agencies regarding allegations of mismanagement of Papua Special Autonomy budget funds. Head of the Public Information Bureau of the Public Relations Division of the Police Headquarters, Brigadier General Rusdi Hartono said the Police would coordinate with relevant agencies to resolve these problems. However, Rusdi did not explain in more detail about what agencies the Police would collaborate with.

Previously, the head of the Bureau of Analysts at the National Police Security Intelligence Agency, Brigadier General Achmad Kartiko, found allegations of mismanagement of Papua’s Special Autonomy funds. Achmad said the government, in fact, had disbursed Rp. 93 trillion for Papua and Rp. 33 trillion for West Papua. However, there were budget irregularities that were found by his party in managing the Special Autonomy fund.

Achmad said the Supreme Audit Agency (BPK) had found waste and ineffective use in budget management. In addition, there have also been mark ups in the procurement of a number of public facilities.

Based on these findings, the Coordinating Minister for Political, Legal and Security Affairs Mahfud MD promised to investigate immediately. He has called a number of agencies to follow up on this matter.

Responding to this, the Papuan people who are members of the Harmony of Papuans in East Java support the second volume of Special Autonomy (Otsus) in Papua. The support was stated because the people of Papua and West Papua felt the benefits of the first volume of special autonomy, although improvements were needed so that the benefits were more optimal.

“Otsus Volume I has provided real benefits for the people of Papua, therefore improving Otsus is very important so that its benefits are more optimal”

Support for the second volume of Special Autonomy was conveyed by members of the Papuan Silaturrahmi Harmony in Surabaya, East Java, on Tuesday, February 23, 2021. There were five points expressed in their statement of stance. First, support the implementation of Special Autonomy for Papua Volume II in the context of accelerating the development and welfare of the people in Papua and West Papua.

Second, Special Autonomy for Papua Volume II is a government program that must be supported in order to improve education, health, economy and infrastructure development, so that Papua becomes a developed province and is equal to other regions in Indonesia. Third, provincial and district governments throughout Papua are asked to be professional and transparent in the management of the second special autonomy fund.

Fourth, encourage the government to immediately audit the first volume of Papua’s Otsus program so that the Papuan people can know whether the use of their funds is right on target or not. Fifth, to urge the central government to form an independent institution for assistance and supervision of the second volume of the Papua Special Autonomy program so that its distribution is really on target.

Papuan elder Robert Y Korea said that Otsus must be supported because this is a government program that must be implemented, although he considers that most Papuans have not experienced it directly.

The same thing was conveyed by a Papuan elder from Biak, Freek Christian. He said that Otsus is very important and very helpful for the people in Papua, where all of them feel that everything is from Otsus. However, perhaps in its implementation, it is hoped that it can be reached by the small community in remote areas of Papua.