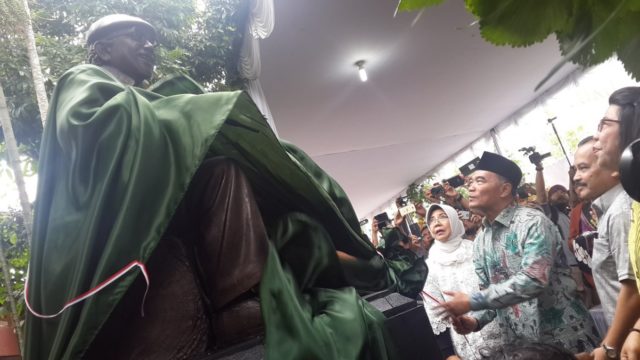 The minister made the donation while leading a morning assembly at the two schools, which are located in the same compound. He also donated Rp 20 million (US$1,390) in cash for them to build a reading room and purchase sport equipment.

Speaking at the assembly, Muhadjir talked about the controversial school zoning system that the government had implemented in a bid to narrow the gap between the quality of education across Indonesia.

He said the system would create synergy between the three ecosystems of education, namely the school, the environment and the family.

“If these three ecosystems synergize well, then the students will be protected from negative impacts because there will be cooperation among the school, the community and the parents,” he said.

He said the system would eliminate the concept of “favorite” or exclusive schools as the quality of education in all schools would be the same.