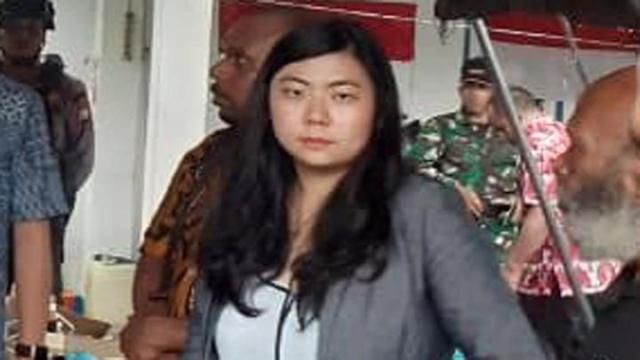 There are not many Indonesian citizens (WNI) who get scholarships abroad from the Indonesian government. Getting the opportunity to use some fabulous facilities in expectation of being able to devote themselves to the Republic of Indonesia.

Many things must be prepared to get the scholarship, not only the academic ability but also the managing ability to complete study properly. However, the most important thing is carrying out obligations as somebody who have been supported by the state to develop their motherland. Then, as individuals who were born in Indonesia and willing to be Indonesian, it’s clear that they should love Indonesia and decide to fight for Indonesia.

By the way, one of these fortunate people is Veronica Koman, who regrettably has become a person on Wanted List (DPO) because of supporting the separation of Papua from Indonesia. Veronica prefers to be an enemy rather than a hero to Indonesia. I don’t understand what she fought for in Australia until now.

Not only being an enemy of the state, but Veronica also devastated her country so that disintegration would occur.

Moreover, the East Java Regional Police has filed a red notice request to the Interpol headquarters in Lyon-France to seek and temporarily detain Veronica Koman. This request follows the determination of the DPO (People in Search List or Wanted) status of Veronica.

Even worse, after being declared as a Wanted, Veronica keeps playing with fires by underestimating the Government’s handling of Papua.

Like a peanut who forget its shell, that’s Veronica is currently being. Deciding to hide in a foreign country, then calling non-Papuan people to distract the nation’s security just to take “a spoon of rice” and look for sensations. As a citizen who has etiquette, Veronica should have a responsibility by contributing to Indonesia. Dare to solve the legal case that she has begun as a noble deed. If she keeps hiding until now, is it appropriate for us to trust Veronica’s arguments?