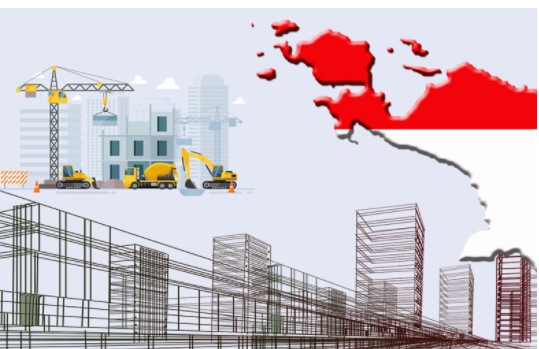 The government is alleged to have planted Special Autonomy for Papua. The people of Papua are looking forward to continuing this special autonomy because it is able to realize equitable development.

2001 was a milestone for the Papua and West Papua regions where the 2 Provinces had obtained the status of the Papua Special Autonomy (Autonomy) Region. With the issuance of Law No. 21/2001 and West Papua through Law No. 35/2008.

Apart from aiming at accelerating and catching up with development from other regions, the spirit of determining the status of Otsus is the granting of the widest possible authority to local governments to formulate, formulate and compile development strategies needed by local communities.

For almost two decades Papua’s status as Otsus has been implemented. Observer of Papua and International Politics Imron Cotan, evaluation needs a gradual

“There must be a fundamental change in the evaluation of the implementation of the Papua Special Autonomy program. Namely, reviewing or evaluating it in stages”

The funds are provided by the central government to provinces in Tanah Papua to develop four strategic sectors, namely education, health, infrastructure and the people’s economy from the general allocation of 2 percent.

On a different occasion, the Papua Police Chief Inspector General Pol Paulus Waterpauw assessed that there have been many progress felt by indigenous Papuans since the eastern tip of Indonesia returned to the homeland of the Republic of Indonesia in the 1960s, especially since the implementation of the special autonomy policy since 2001.

On the development side, almost all districts / cities in Papua and West Papua are now relying on funds from special autonomy funds to be able to develop their regions because the potential for genuine blood income (PAD) has not been fully exploited.

Based on these facts, the regions have no reason not to support the special autonomy policy in the Papua and West Papua Provinces.

Coordinating Minister for Political, Legal and Security Affairs (Menko Polhukam) Mahfud MD, Papua’s Special Autonomy Law (Otsus) remains in effect. This was conveyed by Mahfud MD after holding a closed meeting with the Minister of Home Affairs (Mendagri) Tito Karnavian, Chairman of the MPR Bambang Soesatyo, Deputy Chairman of the MPR Lestari Moerdijat and a number of DPR members.

One of the candidates for the Regional Secretary (Sekda) of Papua, Dance Yulian Flassy, ​​SE., M.Si, spoke about the standard of living of the Papuan people, as well as providing opportunities for indigenous Papuans, should be based on basic values ​​which include protection and respect. on ethics and morals, the basic rights of indigenous peoples, human rights, the rule of law, democracy, pluralism, and equality, rights and obligations as Indonesian citizens.

On the other hand, on the way to the end of the implementation of Otsus Papua, groups in the Papua region consider that Otsus Papua has not had a significant impact on the welfare of the Papuan people.

The former Regional Secretary of Tolikara said that there was an opinion that the special policies of the government had not been proven by the conditions of the socio-economic welfare of the Papuan people.

However, in fact the “failure” of the implementation of the Papua Special Autonomy was not entirely the fault of the central government, because the provincial and district / city governments in the Papua and West Papua regions also contributed to the failure to implement the Papua special autonomy.