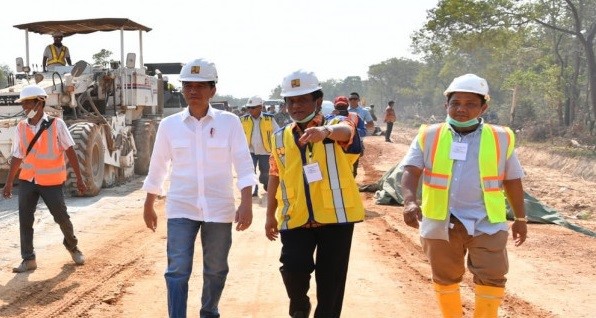 The implementation of Special Autonomy for Papua has been going on for the last twenty years. Until 2021, the central government has disbursed special autonomy funds (autonomy) for Papua up to Rp. 138.65 trillion.

This fund has increased many times since it was first disbursed in 2002, which only amounted to Rp 1.38 trillion. Even so, the special autonomy fund is considered to be not optimal in the welfare of Papuans.

Although there are large funds, there are allegations of corruption cases in the Special Autonomy fund. The National Police found that there were allegations of misappropriation and Papua’s Special Autonomy. Karo, an analyst at the National Police’s Security Intelligence Agency, Brigadier General Achmad Kartiko, said the special autonomy funds that were suspected of being corrupted reached Rp. 1.8 trillion.

The mode of abuse of Special Autonomy funds is allegedly carried out through inflating prices in procurement of goods. In fact, according to Ali Kabiay Wanggai as Chair of the Papua Province Mandala Trikora Youth DPD, the central government has provided Otsus to encourage the acceleration of development in four sectors in Papua Province, such as basic infrastructure, education, health, and development of the people’s economy.

He made an analogy between Jakarta and Papua Province. The two provinces now have the same budget capacity. However, what has happened is that since 2002 the development of Papua has not proceeded.

This condition, of course, is inversely proportional to the funds that have been pouring out for Papua. Ali suspects that this condition is due to the absence of serious monitoring of the use of the special autonomy funds.

“If anyone thinks that the special autonomy fund program has failed, it should be asked the Papuans who are given full authority to manage the funds.”

Ali reminded that the central government, the Corruption Eradication Commission (KPK), did not only have a discourse in dealing with the alleged corruption of the special autonomy fund. Moreover, based on the results of the BPK examination, there are many findings of misuse of the Otda and Otsus budget for Papua. Such as the corruption case by sympathizers of the Free Papua.

Freddy considers that if the handling of the Papua Special Autonomy corruption crime does not work, it will affect public confidence in the Government.