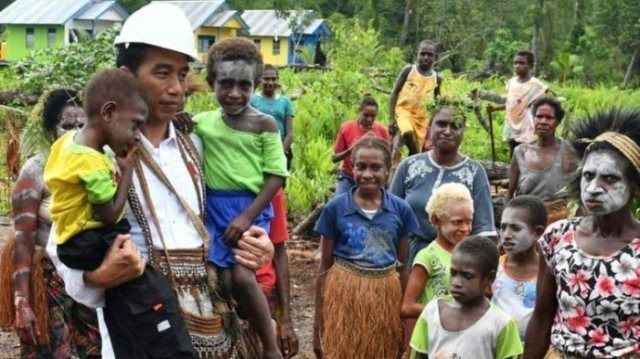 As many as 82 percent of Papuans are said to agree with special autonomy (otsus). This was conveyed by the Coordinating Minister for Political, Legal and Security Affairs (Menko Polhukam) Mahfud MD. This percentage is based on the findings of a survey by the State Intelligence Agency (BIN) in collaboration with a number of universities.

Mahfud also said that 92 percent of Papuans are pro-NKRI and support development in Papua. Meanwhile, the remaining 8 percent is divided into three clusters engaged in the political, clandestine, and armed criminal groups (KKB).

“Which president has visited Papua 17 times. Not yet, only during President Jokowi’s term this happened, because he really wanted Papua to progress and be peaceful”

Meanwhile, the second amendment to the Draft Law (RUU) Number 21 of 2001 regarding special autonomy (autonomy) in Papua Province is recommended by the State Intelligence Agency (BIN) to be accelerated.

Deputy Head of BIN Teddy Lhaksmana Widya said not to coincide with the XX National Sports Week (PON) activities which will be held in Papua.

Teddy also explained that the Armed Criminal Group (KKB) in Papua was detected to take advantage of the PON opportunity in 2021 to create instability in order to attract the world’s attention.

The names Veronica Koman and Benny Wenda were also mentioned as masterminds who took advantage of the situation from abroad.

In addition, BIN also suggested that law enforcement against perpetrators of corruption, collusion and nepotism (KKN) of special autonomy funds in Papua.

With law enforcement, development in four strategic sectors, namely infrastructure, health, education and the people’s economy can be achieved immediately.

Teddy emphasized that the presence of TNI and Polri troops in Papua only supports in order to create a sense of security, so that the Indonesian president’s instruction to develop Papuan land with a welfare approach can be achieved.

The Special Committee for the second amendment of the Draft Law Number 21 of 2001 on Special Autonomy in Papua Province held a working meeting to hear input from the TNI Commander, the Head of the State Intelligence Agency (BIN) and the Head of the National Development Planning Agency (Bappenas).

Komarudin explained that the government through the Bill proposed a resolution to the Papua problem in two ways, namely extending the provision of special autonomy funds for the next 20 years.

Komarudin emphasized the initial goal of giving Otsus to Papua for justice, upholding the rule of law, respecting and upholding human rights, accelerating economic development, improving the welfare and progress of the Papuan people in the framework of equality and balance and progress with other provinces in Indonesia.