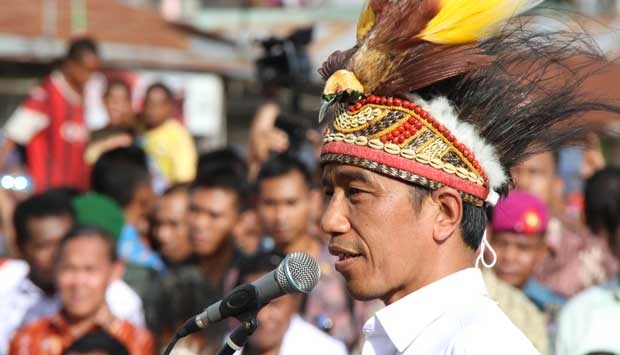 Jayapura (ANTARA News) – President Joko Widodo (Jokowi) is scheduled to visit Papua on Wednesday where he would distribute land certificates.

It would be his 8th visit to that country`s most backward region . Jokowi is expected to inspect traditional markets and infrastructure projects in the regency of Asmat and Sorong in West Papua.

Jokowi wanted Papua and West Papua to catch up with other regions through acceleration of infrastructure and social development, Tjahyo Kumolo, said after installing Papua`s acting governor Soedarmo here on Tuesday.

President Jokowi wants to bring to reality the Nawacita (nine-point development program) through development of infrastructure and social economy in Papua and West Papua.

“We highly appreciate this as of all presidents of the country President Jokowi had shown the greatest attention to Papua placing the region as important part of NKRI,” Max said.