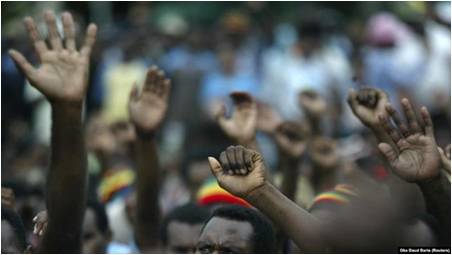 Florida Natasegay, Students from Papua who are currently taking their Masters in the United States | 03 July 2020

Separatism and racism are two different domains in terms of background and meaning. Separatism is a peaceful political movement attempting to separate itself as a group of people or a nation from a larger territory. While racism is a system that entrusts one particular race superior to other races in ruling or controlling other races.

Separatism sometimes adopts anti-racism while racism is not significantly intended to become separatism as anti-racism demonstrations that had arisen in the US since May 25, 2020. Although it is a very anarchist and the most powerful demonstration in the US anti-racist movement in the past century, it did not belong to be the category of separatism.

Separatism is occurring everywhere at the moment. Although the places are different, these have several common reasons in general. i.e: Annexation in an illegal way; Propaganda of people at hometown and abroad to gain a political advantage to end political domination and not to share egalitarian privileges, etc.

Racial discrimination occurs because of differences in the treatment of superior races against other races in various fields such as differences in health services, employment, welfare, political rights, equality in law, and others. People’s resistance to those discriminations is called anti-racial. The demonstration refers to it is called an anti-racial demonstration.

Related to the demonstration movements in Papua and West Papua, which utilize the George Floyd issue as an anti-racial demonstration, it actually has a good goal, specifically to increase the awareness of all (the Government and the entire Indonesian people). So that people do not underestimate or despise the Papuans in any case.

I hope that the current enthusiasm of the public is not infiltrated by any political interests because an anti-racial movement can be infiltrated by separatism if political figures utilize the movement for their political purposes. Especially the political issue of Papuan liberation.

Anti-racial demonstration “BlackLivesMatter” in the US has many lessons for all of us to live a better life with each other. Besides, the protesters guarantee that the action is not infiltrated by separatism. So it is true that Mutia Hafid, a Golkar politician, said the Papua demonstration was not the same as the solidarity demonstration for George Floyd.

Anti-racial demonstrations are legitimate, it is important to remind all Indonesian people not to behave racistly towards their fellow humans, especially for their brothers in Papua, West Papua, or wherever they are. But handling an anti-racial demonstration for certain political purposes and interests is very naive. Moreover, it was packaged in such a way so that people do not realize if it has been driven by separatism. They became victims of provocation. Hopefully, this does not happen for a peaceful, fair, and prosperous Indonesia.

editor - June 7, 2021
0
Um Island sits right across the the Malaumkarta village in Makbon, a short distance away from Sorong in West Papua. Makbon is an inland...