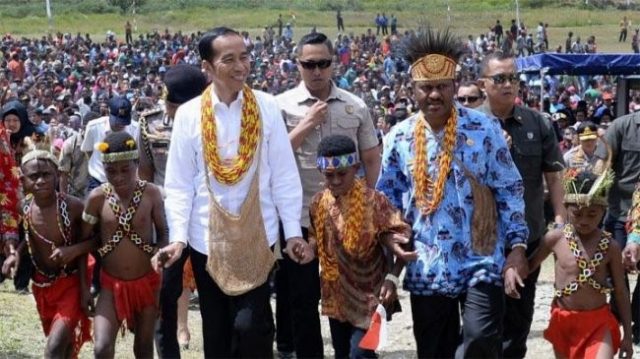 The chairman of the Special Committee (Pansus) for the revision of Law No. 21/2001 on Papua’s Special Autonomy (Otsus), Komarudin Watubun supports institutional strengthening in Papua. Including, the proposal of the National Human Rights Commission (Komnas HAM) regarding the clarity of representative offices and human rights courts there.

Symbolically, the existence of a human rights court by the government is an effort to support the implementation of special autonomy.

He explained that in the discussion of the revision of the Papua Special Autonomy Law, no revision was made regarding the article. However, he ensured that the establishment of a human rights court in Papua would be a serious concern for the Special Specialist Special Committee for Papua, which he chaired.

If 20 years ago, said Komarudin, all parties were negligent in responding to the problem. But now, he said, that human rights issues in Papua would be a serious concern for all parties.

Previously, Komnas HAM requested that there be a court and Komnas HAM in Papua. This is because human rights courts in the early stages only exist in four cities, namely Medan, Jakarta, Surabaya, and Makassar.

Meanwhile, Deputy Chairperson of the Special Committee for Special Autonomy for Papua, Yan Permenas Mandenas, said that attention to strengthening institutions for the protection and fulfillment of human rights includes representatives of the National Human Rights Commission, human rights courts, and judicial settlement of human rights violations throughout the province of Papua, including the provinces to be formed.

The politician from the Gerindra Party faction appreciated the explanation from the Head of Komnas HAM who said that human rights enforcement is not only limited to handling violations such as violence, the right to live, the right not to be tortured or the like, but the right to economic and social welfare needs to be upheld.

The reason is that the issue of human rights in Papua is the focus of the central government’s attention because of the many cases of human rights violations that have occurred as well as criminal acts against civilians by the KKB.